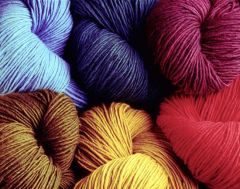 Tuesday night, sitting here watching the live dog-and-pony show on MSNBC, the circus that is modern-day democracy. Nothing much groundbreaking yet, other than the fact that I’m not near as glued to the returns as I thought I might be. Sharaun’s out at a meeting, abandoning Keaton to another night with dad. And, dad’s not much better, as I, too, am going to abandon her for a few hours while I go out with friends to celebrate a birthday within the clique. (No, I’m not leaving her home alone… sheesh.) Anyway, I guess none of that is really interesting… so I’ll stop now.

Hey, man. Hey, how’s it going? I wanna rap to you real-style for a minute, OK? I’m not trying to be harsh or anything like that, I just wanna talk straight to ya for a second. What I want to know is… what’s wrong in your head that you seemingly can’t remember that you’ve told me this story, like, a hundred times already? You just sit there, telling me again. You’re waving your hands to illustrate your exaggerated points, and your mouth forms a perfect open circle as you exclaim your key points with a little too much bombast. I sometimes wonder if I could throw a dart right down the center, not touching the sides like in Operation. But I sit here like a chump, re-reacting to the same highs and lows in your warmed-over narrative, because I’m too polite to tell you I’ve heard it before.

I mean, it was an OK story the first time around, maybe even worth re-telling in my company if there are new people around – knowingly putting me through it again for the sake of the newcomers. I’m OK with that. But it’s just us right now, just you and I sitting here, with a whole world of new and exciting events we could talk about, and here you go again with that same old yarn. I’m not gonna say anything, but I’m not gonna listen either. I know when to smile, laugh, and physically emote incredulity – like a trained animal I’ll have you thinking you’ve got me under your spell. Hell, I’ll even throw in an eyebrows-raised “No kidding?,” for ya, I’m a nice guy like that.

Think you just had a meaningful conversation with me? Not likely. I was thinking about naked chicks or fireworks or how I wish Led Zeppelin would tour the US this summer with John’s son Jason filling in on the skins.

Was good talking to you though, we should do it again sometime. And, knowing you, I’m sure we will.

Know what guys? I wrote that last paragraph based around a funny incident I had today, and then, re-reading it in review prior to publishing, realized that I myself I’m likely the greatest offender of the very thing I’m tongue-in-cheeking. I mean, I do that re-telling stories thing all the time (thanks Dad, I completely blame you for this trait). Right now, at the tender age of thirty-something, I do this with full consciousness, just to exploit the story for all it’s worth. In the sunset of my years I fear, however, that I’ll do it for lack of knowing.

Well, it behooves me to go to bed, being that I need to wake before the dawn again to make my favorite daytrip to Portland and back. I made time today to stop by the library over lunch and checkout a new book for the travels, although I don’t think I’ll be one-daying this one, seems a little more dense and requiring of detailed attention. I’ve wanted to read it for a while, all the learned seem to have, and I hate feeling left out. You may have heard of it, I think Oprah even opined about it, it’s called One Hundred Years of Solitude. I’ll let you know how it is.