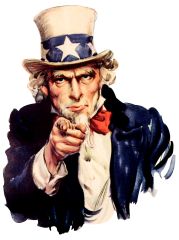 Happy voting day, Super Tuesday friends. Hope, if your state is having a contest, that you go out and exercise your rights today, regardless of which way your favor flows. How we gonna do it without you and me? We ain’t. So, go do it. Me, I’ve got the 7am hour blocked off on my calendar. Was thinking I’d get up early and walk to my polling place, which is quite literally right across the street. Maybe take my travel coffee with me and bundle up against the cold. Could be a fun civics exercise. Oh, I’m on fire tonight… Where’s my sting?

I’m secretly trying to raise a girl so well-rounded in her knowledge of rock and roll music that she stuns her mopheaded male middle-school classmates by knowing who played drums in all the retro-cool 1970s rock band patches on their denim jackets. A girl who’ll know that the latest screamolectric anthem, Murder In My Heart, is a remake of a musty Lee Michaels track. A girl who can describe how a B3 sounds through a Leslie. That’s the kind of girl I’m raising. Well, and also a beautiful princess who will be good at math, kick butt on the soccer field, and is smarter than all the bepimpled punks trying to get in her pants. Yeah, there’s a lot I want for my little girl… but I do hold out hope that my fanaticism rubs off just a wee bit.

Television told me today that Valentines day is coming. I’m glad it did, even though I sort of already knew. We’re going to be in Oregon for the occasion (the third of three trips in as many weeks for me, the second being tomorrow, as you read this), so I’m gambling on time out on the town while Keaton naps and Grammy and Grandpa’s place. A Portlander buddy of mine is helping me pick a nice swanky place to do dinner, somewhere where I won’t feel ten years too old for the crowd. After that I’d like to go see a Pink Floyd laser show. But, Sharaun would totally hate that… especially on Valentines day. So instead, we should probably go see a movie or something. It’ll be nice to get some time out on the town, even though we’ll likely give up early for being old, ending up at a local coffeehouse by 11pm. It’s OK by me as long as she doesn’t bring her crochet.

dnight friends and lovers, until tomorrow.