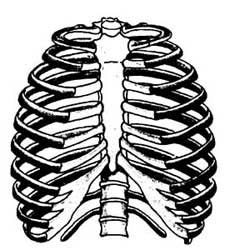 Wednesday night kinda crept up on me this week. I’ll be honest up-front tonight and admit that I’m not really in much of a blogging mood. It’s the first night in a couple weeks that I hadn’t already picked and mentally half-written my next day’s topic before sitting down with the laptop. I guess that’s bad, because now I’m here writing about not knowing what to write again. But, I’ve got the house to myself (Keaton’s sleeping, Sharaun out) and the iPod is on shuffle… so maybe the words will come.

Speaking of the iPod, I have this new obsession with my “Unplayed” smart-playlist. That’s the playlist where any song that’s never been listened to (at least, not since have to reset all my play-counts to zero) goes. Right now, it’s sitting at eleven-thousand some-odd songs, and I listen to it every day to try and reduce the number. I want to get that sucker to zero unplayed tracks. Today, the thing played a trick on my by shuffling up the near thirty-minute version of “Dark Star” the Dead played at Woodstock in 1969. The Dead’s entire mega-historical Woodstock set has been around for along time on bootleg, I even bought one back in college, but the sources were always really poor audience tapes that sounded awful. So, when the actual soundboard-sourced recording leaked a few years back, I was totally excited. Thirty minutes per track, however, don’t make for quick work on zeroing that playlist…

Anyway, I won’t bore you with all that. I might as well get to what you’ve been waiting for anyway… the one-week update to my month-long Enzyte Challenge. First, before I get to the results (which you can probably already see on the screen below anyway), I wanted to document some of my initial impressions: 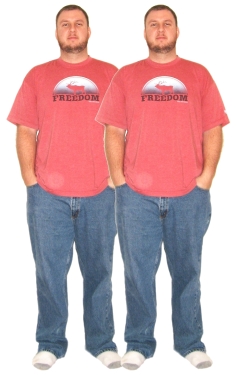 (Learn how to interpret this chart here.)

Yeah, those little Daves are both exactly the same height (and width). I’m serious. Print it out and draw lines on it to prove it to yourself if you doubt me. That’s a one-week total change of zero in both dimensions, not even a single centimeter (which I’d have chalked up to noise anyway).

But folks, I’ve only been on the pills for nine days now, so it’s probably a little premature to be calling results already. In fact, when I made the call to Enzyte “nutraceuticals” headquarters the other day to ensure my free sample doesn’t conveniently auto-renew for another $60 month, they told me I was too early to cancel – that they wanted me to at least “experience the solution” for a couple weeks, and that my no-charge grace period actually lasts until such-and-such a date (I made a reminder on my phone so I’ll remember to call back).

As an aside, I’m fairly certain Enzyte-HQ call center (at least the “discontinue me” ward) is staffed by females only. It didn’t bother me, but I bet some men would have a hard time answering the “And may I ask why you’d like to discontinue use of the product, sir?” question with, “Uhhh… my wang is just as small as ever…” Good psychology Enzyte, bravo.

Anyway, I’m not gonna be too rough on this particular nutraceutical just yet. I’m willing to give it a fair thirty-day shake. So, stay tuned… and we’ll see. Hopefully this one-week update wasn’t too terribly anti-climactic.

Goodnight my friends, you’re all in my chest.