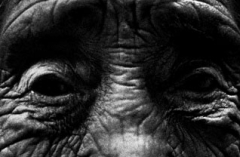 Mondays mean I have to go back to work, so normally Mondays blow. This Monday, however, was quite pleasant. I got a ton of work done, hung out with friends at lunch, and came home to a big “Hi Daddy!” and hug from Keaton. I got home a little late (meeting ran long and I hung around talking to Ben a little bit), and we had leftovers for dinner (which I like, honestly, since I do dishes and leftovers mean less cleanup).

Tonight Keaton and I called Grammy and Grandpa together, we do that sometimes. Keaton likes to use the phone, and can actually hold something of a conversation (well, a two-year-old talks to an adult kinda conversation). Tonight, it went a little like this:

Grandpa: Why, hi Keaton! I love you too! Want to talk to your Grammy? (Ahh… the classic dad-answered-the-phone handoff, “Hey there!… let me get your mom.”)

Grammy: Hi Keaton! I love you too! What are you doing?

Grammy: Oh, you had some Cheerios?

Dad: Keaton, can you tell Grammy what you did today?

Dad: What did you do today?

Dad: Oh, that means “Slide with Crystal,” mom. That’s the person at the gym’s childcare.

Grammy: Oh, you went to the gym?

Grammy: Did you have fun?

And on and on and on it went like that. But, Grammy never seemed to tire of the conversation.

Well then, I am going to paste in something I wrote a while ago… maybe it’s interesting, let’s see:

Did you guys know that, no matter how you cut it, there is a certain element of the earnable respect a person can have which is entirely age-based? Well, I’m telling you that there is, whether you knew it or not. Now, people may tell you that this is false, but they are either misinformed or lying. If you’re a young whippersnapper, no matter how much of a superstar you are at what you do, and regardless of the number of millions you make, you’ll be still deprived at least some percentage of the respect you could garner (from those older than you) because of your age.

Furthermore, I bet I can roughly quantify that percent-deprived by looking at the median age of your peers (those who do the same tasks as you in your chosen profession) and subtracting your age from that. For instance, if you’re a thirty-two year old middle manager at your dead-end warehouse job, and the average middle-manager at the warehouse company is actually thirty-nine years old, you’ll be deprived of about 20% of the respect you could earn were you seven years older.

Now I know there’ll be a lot of fast-trackers and young up-and-comers out there who’d completely disagree, and maybe even argue that they are, in fact, more respected than some of their elders. And I’m not saying that can’t be possible or doesn’t happen (because, in point-cases, I’m certain it does), I’m just saying that, in a general sense, they’d be wrong. Sure, if there’s a deadweight fifty year old who’s coasting along as your peer, you may indeed be more respected in comparison. But, in general, those who are older than you will still have it in the back of their heads that they’ve “been around” and you’re “fresh off the tit.”

Seriously, you’re gonna have to work around this. It’s just a simple fact that you trust people who are your age or older because your brain tells you they’ve had at least as much, or more, experience than you yourself have. Think about it, we inherently think of those younger than us as less-experienced than we are (and, because physics says that time flows forward, we’re probably right in doing so). Young people are expected to “earn and learn” their way to the top. Just look to the longstanding, pre-medieval, concept of apprenticeship, or the way lawyers and accounts log hours to win partner.

Anyway, I’m actually not criticizing the concept – it’s common sense. I’m just saying, if you’re planning on being number-one top-cheese in your chosen field by thirty-one, you may be surprised. You might even make it to CEO by that age, but you’d better bet some of the musty members of the board are looking down their noses at your unwrinkled brow and perky breasts. Hey, I’m OK with it… just gotta do the time (or get insanely rich, cash out young, and run for the hills).

Hmmm… I dunno if that was an entertaining read or not…

Hey, Keaton made Megan’s photoblog: check it out.

Love you guys and your unwrinkled brows and perky breasts. Goodnight.