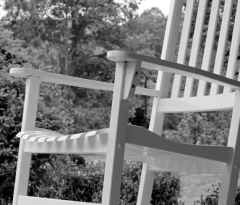 Sunday, Sharaun’s out shopping and Keaton’s asleep. So far, naptime sans pacifier has proven more difficult than bedtime – Keaton not seeming to mind its absence at all at night, yet having a hard time missing it during her afternoon naps. Yesterday I couldn’t get her to go down at all, and eventually brought her back out into the living room having caught nary a wink. Today, however, I decided to get serious, and, when she was once again playing and talking to herself instead of napping, went in and rocked her for about fifteen minutes in the glider. Once her deep, ragged breathing convinced me she’d fallen asleep on my shoulder, I transferred her to the crib, where I’m happy to say she’s still slumbering peacefully. On the whole, I’d say operation pacifiers-be-gone is moving along quite well.

This weekend, I decided it was high time I worked a bit on all the more obscure BitTorrent downloads that’ve been piling up in my downloads directory, un-listened to and unloved. In line with my laziness, I often leave the “hardest” downloads for last. For my downloading habits, the “hardest” albums are the rare live stuff I love to collect, but hate to sit down and figure out the details on so I can properly organize it, tag it, and merge it into my general collection. It may sound easy, but tracking down the details of that live Jefferson Starship jam I grabbed one day because it looked interesting when the only thing I have to go on is a folder in my “unprocessed” directory called “starship73_SBD_matrix1” is sometimes hard to do. But, I persevered, and Saturday I used Keaton’s naptime to process I whopping ~15GB of rare live FLAC audio. In fact, I’ve snipped in the resulting anally-organized list is below for your perusal, because I know you value this stuff as much as I do, right? 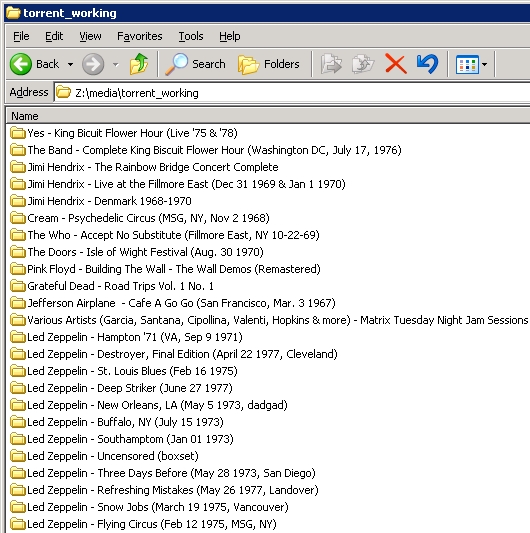 I’m gonna do a general interest bit for nerds now, you can turn your head if you’d like to remain cool.

When I was a kid, I read with gusto a book called Big Secrets by William Poundstone. I’ve written about the book before here on sounds familiar, in the context of my youthwise obsession with backwards audio. The book, was filled with all sorts of cool stuff. One of the coolest, in fact, was the section on mysterious shortwave radio “number stations.” I think (dad, correct me if I’m wrong) that my pop used to mess around with shortwave, and I kind of remember this being partly why I was interested in that particular chapter.

Anyway, numbers stations are an “unexplained” global radio phenomenon, in which a string of random numbers and/or letters is broadcast on a given radio frequency with no explanation, the general consensus being that they are coded communiques intended for participants international espionage community. Some stations have been broadcasting these cryptic strings of numbers since back around the time of World War I. Enticed by the mystery, amateur hammers have, on occasion, turned armchair secret-agents and attempted to triangulate signals and hunt down the broadcast locations. Reading it all back then, I was fascinated. It was like some real-life Hardy Boys thing to me… and I dreamed about getting a radio, studying the signals, and breaking the code…

Anyway, if you’re interested in this type of “cloak and dagger” type stuff, Wikipedia has a great article on numbers stations here, and you can read about the “outing” of one of my favorites from Poundstone’s book, the “Russian Woodpecker,” right here (also via the great Wikipedia). For further reading, this page keeps a list of actively transmitting numbers stations (with sound samples), and even has some cool video of radio-nuts tracking down the transmitting antennas.

I’m sorry if that was boring, but I enjoyed writing it, so you, dear reader, can suck it.

Before I go, a tip of my babymakin’ hat to friends Erik and Kristi for the birth of their strapping young buck, Colton. Way to go guys, he and Keaton can be best friends until they’re around fourteen, then they’re forbidden from seeing each other until they’re twenty-three.