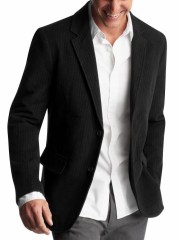 It’s right cold here in Oregon, at least to someone who’s been enjoying unseasonable warmth in his own locality (y’know, that’s me I’m talking about). I arrived today and caught the train from the airport towards work, intending on catching the van at the end of the train which would take me the final miles to the local sawmill.

Turns out, through a miscalculation on my part, I had timed the whole domino of travel just wrong enough that I missed the last van, and had no way to make the final push to the cubicle farm. Instead, I got off the train near my folks’ place and began looking for a kind soul to give me a ride. When this fell through, and when the warm and dry comfort of my folks’ pace soaked into my bones, I decided I could do just as much in the remaining half of the day from the kitchen table with my computer and cellphone than I could at the office. And so, I waffled between the couch and table, watching the scant few e-mails trickle in – the holiday this week seems to have slowed things considerably.

Anyway, I’ll rise early tomorrow and dress warm so I can actually make my way into the office and get some things done. Sharaun and Keaton get here Wednesday, we’ll celebrate like Pilgrims and Indians makem-good-treaty on Thursday, and then fly home together Friday. It’s a quick trip, but it’ll be a good time to hang out. Oh, and, on Wednesday night we’re all (the young’ns, at least) going to see the Band of Horses play in downtown Portland. Should be fun, I haven’t been to a show here before, and haven’t been to one in general in a few months. Should be a good week… should be a good week.

I wore the jacket Sharaun got me last Christmas today, as I knew it would be cold in Oregon and it was somewhat chilly driving to the airport at 5am. It’s one of those sportscoat kinda things that people wear with jeans, but cut nice and a little fancy with its pinstripes on brown – I think the “real” word for it might be “blazer.” In fact, maybe you can tell me, as the post-accompanying image this day ’round is an ad featuring the exact jacket. Regardless of nomenclature, I’ve always wanted a “nicer” coat like that, and I only got to wear it a few times last year before the weather turned warm again. Today, I threw it on over some jeans, with some brown shoes and a lighter brown shirt underneath. Quite proud of what I’d done, I caught myself jamming my hands in my pockets, head down and slightly cocked as if there was a photographer rolling film while I waited in the security line at the airport.

With my little carry-on and laptop bag, and my iPod tucked safely in the inner breast pocket, I felt seriously dapper. Truth be told, the jacket is probably a bit mis-sized for me, as most bulk-made, three-sizes only, items tend to be, but I still feel like a million bucks in it. I know it’s a $100, somewhat ill-fitting, sweatshop-made thing, but when I put it on I feel mature, I feel established, I feel business. Funny, given how little I care about clothes. I’m gonna wear that thing out this week, so I’ll let you know if I get more phone numbers than I normally do, or perhaps more “sirs” when being spoken to. I’m sure I will, because… I mean… I’m wearing a damn blazer with jeans, people. It’s doesn’t get more haute couture than that, right?

One Reply to “should be a good week”