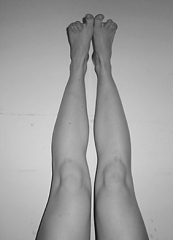 Hey folks. Long blog today, and while it’s not X-rated by any stretch – it does deal with adult themes (as the ratings board would say). Anyway, it was tagged on to the end of yesterday’s Keaton-focused piece, but when it grew by leaps and bounds it threatened to overshadow the “good dad” feel I had going – and it warranted its own entry. I’ll just do it now, then, and write regular stuff tomorrow. Enjoy.

I like to think I can remember the first time I learned that there were entire magazines dedicated to naked women. I like to think I can, but in reality I’m unsure when the exact moment was. Somehow this morning, though, I got to thinking about my pornographic awakening – and decided it would make a fine blog article. Coming of age is one thing, but a young man’s slow introduction to pornography is a whole coming-of-age sub-timeline in and of itself – and is thus worthy of it’s own independent documentation. So let’s move linearly through this awakening, using the progression of time as our axis, shall we? Sure we shall!

Like I said, I don’t think I can honestly say I clearly recall my first encounter with pornography. I can, however, say with a fairly high degree of accuracy when, where, and what I think it was. As far as I can tell, I officially lost my innocence sometime in the third grade. Does that seem too young to you? Yeah, me too. But, that’s how it all went down, I’m afraid. I can recall sneaking into my friend’s dad’s closet, feeling “bad” for just being in his folks’ room in the first place. What we were after lay tucked around the corner on the closet floor: a stack of magazines filling plain brown grocery bag nearly to the top. Playboy magazines, all of them – how my buddy learned of them I don’t know.

We were careful always to pull from the center, and replace the top of the stack after taking one. Our thinking was that, with such a large stack, he’d never notice a single issue gone AWOL, certainly not from the center of his stash. Thinking back on it now with an adult mind, though, I realize the stack was likely arranged chronologically, although we doubtless knew neither the word or concept – and were confident he’d never figure out he’d been relieved of one.

We’d take the magazine to the side of his house, sheltered to our backs by the building itself and our fronts by a thick row of hedges. We’d crouch there in the dead leaves and flip through the glossy pages of women. In the end, we’d bury the things under the piles of leaves, to return later and revisit their slowly biodegrading pages. All in all I think we must’ve liberated three or so magazines, and left them there for the snails and bugs to eat, for the rain to warp and the sun to bleach, and, most importantly, for our curious minds.

I don’t remember deriving any carnal pleasure by looking at those magazines, however. I suppose we were too young to understand, and were more interested in the rule-breaking and taboo aspect of the whole thing. Good thing, I suppose, as I was, after all, only in the third grade – for crap’s sake.

The next thing I remember along this NSFW timeline is a book. I think it was called Anchors Away, and I’ve written about it before. We found this book one day on the way home from school, a large group of us who all went to the same place each day after the final bell. Finding the cover intriguing, I can recall reading from it and realizing we had something special. See, Anchors Away was a so-called “blue” novel. Paperback smut, literary pornography. And, I’m not talking about your $2.99 supermarket checkout romance novel dirty, this was real Penthouse Forum stuff (at least, to a fifth grader). Each day on the way home, we’d pluck the novel from it’s appointed hiding place and rip out a single page. One of the older boys would then take turns reading aloud to the troupe as we journeyed from the schoolyard to the babysitter’s place. I learned a lot of new words that way, but I suppose it was something of a step back from the living images I’d been weaned on. It did, however, serve to educate me on what women actually did with those typically-covered bits I’d seen earlier in those Playboys among the leaves.

I think we eventually got caught with this book; one of the younger kids must’ve squealed. I say I “think” we got caught because I do recall getting caught, for something… I can remember my mom making me go out into the field and get whatever it was we were caught with (I’m still leaning towards this trashy novel), digging it up from it’s hiding place against a fence. Some part of me remembers a magazine buried in a field too, though, which is why I’m confused. Nonetheless, whatever it was we were caught with, be it magazine or blue paperback, the two were around the same time, and it spurred my mother to bring home a copy of Where Did I Come From? in attempt to educate me properly about the birds and the bees. I suppose it was good, but Anchors Away sure painted a more exciting picture than did the wiggly-lined cartoons in Where Did I Come From?

Similarly, I can recall finding another cache of girly magazines tucked away in an alley frequented by local skateboarders for a unique concrete burm which made up one end of it. There, hidden under a pile of the kind of bushes that become tumbelweeds when they dry out and the wind’s up, we found another worm-eaten, weather-wracked, stack of porn. We, of course, stole these and re-hid them to our own ends. It must go this way over and over again for those homeless magazines. To be hidden and unhidden by their pubescent stewards, all until they’re found by someone other than the original hider, only to be transported to a new hiding place for the cycle to begin anew again. There must be reams of dirty magazines out there that travel around this way, from bush to bush or rock to rock, visited by their grubby-handed “owners” on the weekend for a peek. I imagine this population of transient literature has entertained many a kid as they’re buried and reburied over the years. Kinda neat to think about.

Anyway, it was also around this time in my life, that I can remember hearing Two Live Crew’s debut album, The 2 Live Crew Is What We Are. Our neighbor’s babysitter had a copy, which, thinking about it now, was quite vogue of her at the time, I suppose. The neighbors behind us also had a copy, and they’d listen to it in their backyard now and again. I knew it from the time I’d heard it across the street from the babysitter. What a shock it was to hear this album. And, although it may seem a small thing – I do feel like I wouldn’t remember it so vividly had it not played a role in what I learned and when. The songs were graphic, but comedic. And, once again, I think the whole “naughtiness” of it was the greater attractant than the subject matter itself.

Then, eventually, it happened. I moved out of the realm of pictures in magazines and words on pages, left the land of static, unmoving images and imagination, and entered the age of moving pictures. Passed down through the generations, I received (cover your ears Libby – thanks Mike!) a rather unassuming VHS tape marked atop with a label declaring “I Like To Watch.” This was the first pornographic movie I’d ever seen. I hid it in a locked case in my closet. Why I had a locked case in my closet, I have no idea. But that’s where the movie lived, to be watched rather infrequently, in all honesty. I can remember that feeling dropping it into the VCR for the first time, like we were about to see something incredible. And, I guess, to kids in the eighth grade, it was rather amazing… Things remained pretty much the same after that. As we became older, porn was still around – it just wasn’t such a big deal anymore.

Anyway, the reason I wrote this whole thing… all these words… is to talk about how utterly different things must be for teen and preteen boys nowadays. Likely gone are the days of hiding absconded Playboys under piles of leaves, of burying graphic novels under mounds of dirt. And we all know why, right? Let’s say it all together, then: the internet.

It’s my belief that, were this piece written by Joe Anykid who’d grown up in this day and age, he’d unflinchingly name the good ol’ information superhighway as his introduction to porn. Oh, and and there’s no way today’s kids’ learning curves could be as “stepped” a program as I went through back in my day, either. Back then we scraped together pages torn from magazines, single boob-covered playing cards lifted from stag parties, and those pens where you turn them upside-down and the chick’s clothes come off. Those were our brief, fleeting snatches of the Holy Grail. Today, however, all a kid has to do is “log on” and he’s got it all. No bit-by-bit introduction, no long period of discovery, nope, not anymore. It must go right from curiosity over scantily-clad adult-themed primetime TV to scheiße and donkey shows these days.

Ahhh… the wonder of the internet. I liked my way better.

Oh, and remember folks, pornography is evil, and no good can come from it. K? K.