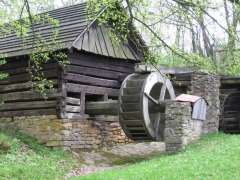 Works sucks. No. shut up.

I am totally serious. Work is killing me. Right now. Every day. Just a little bit every single day. I don’t write at night because I work instead. Not fun.

I just don’t know, you guys. Don’t know if it’s my pending sabbatical (nine weeks of not-work), or if it’s the fact that work is at one of its “peaks” right now. Maybe both, as that would make most sense… But, whatever the reason, I’m suffering from a severe case of the “oh no I have to go to work tomorrow morning” blues. Much worse than I’ve had it before. Things are just so busy, and I’m having a hard time commanding the focus I’m usually able to. I think it’s just high time I was out of there. Thankfully, I have only nine more days left as you read this.

Last week I was helping Sharaun get some of her party planning done (Sharaun’s rolled her life-odometer to the big three-oh this past weekend). I knew she was stressing, and it seemed like a good time to work on the musical playlist she had planned: the top few songs from every calendar year she’s graced this Earth (plus some standard perennial party faves). I had a lot of them on-hand already in miscellaneous 80’s directories, but we still needed to go down a fairly long list and “acquire” a few more (of course, we did so by exchanging real, gold-backed, American currency for the digital representations of said songs). Anyway, as I downloaded each bit of party fuel, I queued them up in Winamp and we did some real-time “checking” of each to ensure quality. This, inevitably, turned into a living-room danceparty, starring my wife.

I loved it, because I could see she was having so much fun. With each new (old, actually) track that came across the speakers, she’d get more and more excited. “Oh. My. God.,” she’d say, “This song is the best!” Sometime later, as the string of hits continued to deliver, she paused and remarked, “See… people won’t get nearly as much from this as I do. People just don’t like music the way I do.” It was like she was reminding me of one of the reasons she’s the best. “Yeah,” I replied, “Most people don’t really care. But, don’t let it get you down.” Anyway, who cares right? It’s just beats and words in the background, anyway.

Anyway, the mix worked out great, and the party was a good time for all. I’ll post some pictures as soon as I get around to it.

The other night I decided to trawl through the music collection on the ol’ harddrive and find something that I haven’t listened to in a long time. Turns out I stopped on a live album recorded when The Quicksilver Messenger Service played Winterland in 1968. As one familiar with the “San Francisco” sound at that time, you may suspect that this performance is nothing more than a humongous set of noodling on old blues numbers, each wandering off into the tens of minutes, some if it interesting, some of it boring. Anyway, it sounded good to me, and it was the sound at the time. Put ’em on a bill at the Fillmore with Country Joe, the Dead, Jefferson Airplane, Moby Grape, and Beefheart – and you’d pretty much sum up the late 60’s west-coast sound. And, before I move on, check out the Concert Vault website, which apparently bought up the rights to all Bill Graham live material from 1965-1980 (Winterland, the Fillmores, etc.), as well as the entire King Biscuit Flower Hour catalog. Interesting indeed…