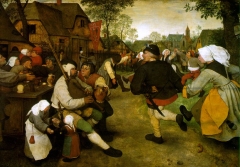 What a week for writing, I’m like three entries deep in the black… I could put this thing on autopilot through Friday if I just put a little effort in. But, I’ll wrap some fresh stuff around each main bit each night – just because I can. Tonight, for instance, I mowed the lawn as soon as I got home from work. It must have been 102° outside, and I sweat sweat out a week’s worth of liquid pushing that mower around. Lawn looks good though, if I don’t say so myself. Let’s get this done.

Last Thursday night, Ben called me around 6pm on his way home from work. “Dave,” he said, “Are you near a computer?” “I can be,” I reply. “Well,” he says, “I just drove by Local Club X and the marquee says that Hot Hot Heat is playing there tomorrow night.” “Wow,” I say, as I pull up the webpage to verify. “Sure enough, they are gonna be there,” I confirm. “Let’s go,” says Ben. “I’ll talk to Sharaun,” I say, and we hang up. At the time, I was semi-excited – we don’t get a lot of local shows around here – but I wasn’t into the Heat’s latest record that much. However, they had rocked the house the past couple times we saw them, and I hadn’t been to a show since the Arcade Fire. Then, when the issue of babysitting was magically resolved by Kristi’s generosity, I called Ben back. In the end, we all ended up going (well, all but Kristi, the responsible babysitter among us).

It was fun being at the a tiny crowded show again, I’ve written about seeing the Heat at this venue before, and enjoy it every time. This time, I even got to chuck a chick. That’s right. There were some younger, fun-loving kids in front of us who were doing the whole 1996 slamdancing thing. Now, I can remember being young, and I did my fair share of elbowing and slamming and pushing at the Lush show back in 1993 – so I wasn’t too upset that these kids were enjoying themselves in front of me. In fact, I smiled at the fun they were having. After all, I’m the old guy here – I’m the one out of my element at these shows now, the one who stands out from the pierced crowd as the “straight.” I remember seeing the me in the press at shows when I was young, wondering what the “geezer” was doing just standing around not-enjoying himself on the edges of the pit. “Why would that punk even come out on the floor,” I wondered. Never once did I consider that he, himself, may once have been young – and, although he’s aged past his slamdancing prime, may enjoy a good spot in front of the stage.

Now, back to the story, one of my favorite things to do a concerts is play “pillar.” This is where I stand rooted to the floor amidst the pressing masses, an unmovable column of human body that resists all pushing and crowding and forging ahead. I hate those people who, when the band plays their “radio song,” feel the sudden urge to push their way forcefully to the front of the floor, assuming all those before them will yield. Not me; not the “pillar.” I stand my ground despite gentle hand-on-shoulder urging or rough sidling – I’m not moving. Anyway, there I was at the Hot Hot Heat show, playing pillar while these kids began to bounce off me and jump into me and stuff. Soon, I couldn’t resist holding out my elbows as pointy hazards, just for the fun of watching these kids slam into them. Kind of like that game you play with your brother when you’re a kid. You know, the one where you spin your arms around in huge circles and blame him for walking into your whirling clenched fists…

A short time later, I began to reciprocate some of the shoving – and found that I really enjoyed it. Eventually, I was full on shoving with all my might and loving it. The slamdancing kids seemed to enjoy it too – the old guy getting into the show, overcome with the spirit of Woodstock ’95 or some such rock ‘n’ roll spiritualism. For me, though, this was more a loosely-veiled way of getting these kids to back off a bit. They were stepping on my toes and bumping into Sharaun, and I was growing tired of their jostling. Soon enough, I, as I often do, got a little carried away, and was doing some downright tossing of kids.

I can remember when Sharaun finally wrapped her arms around mine in a bearhug as a subtle message to stop: It was right after I had literally chucked a slamdancing chick a few feet forward, ultimately sending her sprawling to the floor. Then, when her slamdancing partner went to scoop her up, I pushed him right down on top of her into a tangled mass. Honestly, I loved every minute of it, and, I kept a stupid smile on my face the whole time because, somehow, I thought that might keep things from turning into a fight.

It was a great show. Thanks Ben for finding it. Thanks Kristi for watching Keaton. And, thanks moshing kids for reminding me how fun it can be to shove people.

One Reply to “i even got to chuck a chick”