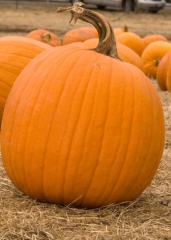 Tuesday night, fresh from a post-work trip to the bar for some beer-fueled conversation. It’s essential, you know, to “hang out” with your workplace compatriots… I’m convinced that it’s one of the single most effective things you can do to increase your stock at the old sawmill. A beer and candid conversation go miles and miles when it comes to relationship-building – the Japanese have it down.

Well, changed the blog’s layout – reduced the page area to 900px wide. I know this matters not to most folks, but, to me, it means some folks with more wimpy screen resolutions might be able to see some more green framing the center white text area – which was my intent when choosing this new layout. So, hopefully your user experience is a little greener now – just as it should be. In other blog news, I’ve been sporadically working on my upcoming half-2007 “best of” list, as has become tradition here at sounds familiar. I know you’re simply wet with anticipation, but it’s not right to publish it before sometime around mid-June… so sit tight.

Found out today that I missed out on tickets for the Smashing Pumpkins’ reunion run at the Fillmore in San Francisco. I wasn’t paying attention, honestly, and wasn’t really sure I wanted to go. Having heard the new song, however, as well as watched the internet buzz build (even PF is saying the new single is “not that bad”) – I’m now kicking myself. What’s worse, they sold out and eleven night run (well, not really a run, but close), and the Fillmore shows are on of only two “engagements” (one on the west coast, one on the east) they’re doing. That’s eleven times over the Fillmore’s capacity – and we missed out. For me, it would’ve been a pretty important concert – marking the tenth time I’d have seen the Pumpkins live (if you count the various band configs). Ten times is a lot for one band. I’m still cautiously optimistic about the album, and I don’t like that new song all that much – but it is fun to listen to. I think this comment on stereogum pretty much sums it up for me:

I must admit, the chubby, depressed high schooler still somewhere in my subconscious is pretty stoked from reading that setlist. And I really don’t hate that first single like…even a little bit. It’s not spectacular, but it’s certainly not terrible either. Maybe this comeback could actually be more than Billy Corgan in need of some fast cash and an ego stroke?

Yeah… dang… guess I’ll have to put Sharaun on Craigslist watch for tickets.

Been getting a lot of requests for new Keaton pictures lately, soooo… I uploaded some tonight. Hope you enjoy them!