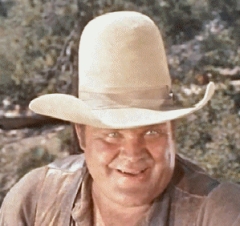 Sunday night of a busy, busy, busy weekend. As an update to my projects: Anthony and I got about halfway done with the Santa Maria style BBQ project. I welded for the first time and liked it. I also planted all but three of the thirty plants we bought. Both of those things involve a lot of bending and squatting and reaching, and my muscles are a tad miffed at me for it. The evenings were good too, and I think Sharaun enjoyed Mother’s Day. So all in all, was a good weekend. Even got to spend some time in the hammock with Keaton, thinking forward to our upcoming camping trip come the three-day weekend. Shaping up to be a good Summer.

I didn’t post as the days wound down last week, but I did write:

Thursday morning I stayed home from work. I decided to do this for several reasons: 1) I’m beginning to experience something of a burnout. Not necessarily from the labor aspect of work, more from the emotional aspect. Times are tense at the ol’ factory, with workers somewhat on-edge and atmospheres thick and stuffy. On top of this air of difficulty, they labor part of work is firing on all cylinders. Working hard, both mentally and emotionally, is tough – so I took what I feel is a deserved two-hour respite. 2) I wanted to find some time which Sharaun, Keaton and I could all get together and go get some landscaping plants for the backyard, as I talked about earlier this week. So, as the clock creeps up on 8:30am I sit here while Sharaun readies herself to go to the garden-shop. Sometimes, paying money for things like plants and dirt and rocks seems so stupid to me. I tell you what, you go back in time to the 1800s and tell someone they’d one day pay money for a pile of dirt… I bet they’d label you daft and ship you off to the sanitarium. Money for dirt, money for water… what’s next, money for air to breathe?

Believe it or not, I also took a breather from work on Friday… things still too “heavy” for me at the sawmill. Bad vibes in the air; people shooting people stinkeyes; dark clouds swirling overhead. I hope this week is an improvement, but let’s catch up now, shall we?

Today I dug a lot of dirt. Shortly after I started, I tossed aside my working gloves and resorted to my hands. I used that soft flesh to throw the breaker-bar into the ground, smashing rocks; used them to scrape the last bits of dirt and sharp shattered rock from the bottom of my holes; used them to push around poky mulch and uproot spiky weeds. At the end of the day, they even felt a little rougher than when I started. Sometimes I wish I had rough hands, it’s one of my irrational desires. I feel like, when people shake my hands, they’ll know me for the weakling all-day-typist I am instead of the hard-scrabble laborer I dream about.

Goodnight, sorry for the mixed-bag…