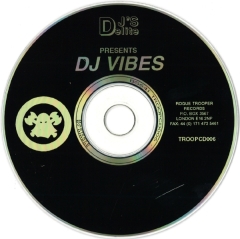 Hey blog. Long time no write. First, Monday was claimed by a grandparent-funded date-night in Oregon. Then, Tuesday fell victim to the senseless timesink of travel back home to sunny California. So, another two nights with nothing new to say and no time to not write it anyway. I won’t say it’s not a trend – it’s totally a trend. But, things move on.

Like for instance, Anthony came over tonight. We were putting together the early versions of our late-summer plans for hiking the John Muir Trail. Fifteen days. The kickoff to my two-month paid-vacation, which my workplace allots its employees every seven years. Yes, the hike to end all hikes – the hike that will most certainly kill me if I can’t stick to the training Anthony and I have planned. But, as “getting fit” is among the top things which I am self-conscious about – I shall say nothing more about it. So, let’s move on to today’s music-centric blog.

Every once in a while while listening to the iPod on shuffle, a track from one of my old favorites will come up. More specifically, a track off the a compilation called DJ’s Delite Volume 1: DJ Vibes.

Back in highschool I got into “techno” music (and by this generic classification I don’t mean 4/4 “house” music, but more the wild ’92 breakbeat scene). From there, I naturally branched into the jungle scene – which, for a year or so, I ate for breakfast, lunch, and dinner. But, as jungle turned darker with the Chicago scene, I went looking for more of the jangly piano-and-sample stuff that first attracted me to early breakbeats. I ended up at happy hardcore… which some may laugh at now, as the present has cast it as probably the most universally hated genre of music in the history of music. But, that didn’t matter to me then. And, for those who understand, let me clarify that I was not into the pointedly-crafted brand of saccharine happy hardcore which later came to typify the genre, I think of myself as being more into the “happier” side of jungle and breakbeat – not that syrupy fake stuff that most people think of as happy hardcore now. Annnyway… back to DJ’s Delite.

Back then, in my head, I was always looking for the next “best mix.” I’ve written about this before, so I’ll let you read that for more backstory. Now, I’m a litle fuzzy on the specifics, but back in the day I somehow ended up with a mixtape from the once-awesome Chicago junglist mecca that was Dubshack. This tape was a recording of a “rave” over in the UK where the music was bouncy, happy, choppy and fun. The DJs spinning were the likes of Ellis Dee, DJ Vibes, DJ SS, DJ Brisk – names I’d never heard of before. The records they played were even less familiar though: stuff by Naughty Naughty, SMD, Omni Trio, Vibes & Wishdokta – nothing like most of the names I’d seen thrown around on mixtapes I had from local DJs. I loved that mixtape. The only drawback, as I thought back then, was the practice of including the MC’s ranting and raving over the entire thing (a common practice in mixtapes from that era of UK shows, but less popular in the US, I think). Perusing the Xerox’d Dubshack catalog, I located and ordered more tapes with simliar DJs and records (but without the MC babbling). One of those tapes ended up being the tape. That tape was DJ’s Delite Volume 1: DJ Vibes.

I wore that tape out. Wore. It. Out. It was awesome to me. It was the best tape I’d heard in a loooong time. Nearly eighty minutes of almost-all good material: fast, choppy, bouncy, sometimes overly sweet… I ate it up. Looking back on it now, it does indeed seem somewhat “too happy,” but I still love it as a mix – aways will. And that’ll bring us back to the beginning of this whole thing: when one of those tracks comes up on my iPod. And, when one does, I get instantly nostalgic for those highschool days. In fact, several times, the single track sounds so good to me that I’ll flip the iPod over to the whole mix and start from the beginning – only to realize, around three tracks in, that it just can’t hold my attention for 76min like it once could. Seriously though, sometimes nothing sounds better than a track off that compilation… all beatsy and sped-up-broken vocally… great stuff.

After writing the above, I realized I have a chance here for an interesting side-story. Some years after getting the DJ’s Delite tape from Dubshack, and after making multiple “backup” copies (as I often used to do with cassettes I cherished), I decided I needed to find a CD copy for archival and longevity purposes. So, I hit the internet (on my Packard Bell with my Prodigy account) to look for some more of this new sound. In my effort to track down a CD copy I ended up blindly sending a mail to the catchall e-mail address of the label that released the original compilation on vinyl: a semi-established UK jungle/happy hardcore label called Rogue Trooper. Rogue Trooper records was an offshoot the longer-established and more well-known Death Becomes Me label, which had pressed several important pieces of wax in that era of electronic music. Or maybe it was the other way ’round, I can’t remember. I eventually got a reply from a nice gentleman in the PR department of DBM Records, and he happily scored me a CD copy of the mix (which I also cherished). The CD was indexed as a single, 76min long, track – all running together, but I didn’t care – I could finally stop worrying about my tape copies breaking or melting. I couldn’t have been happier.

Anyway, in a similar way that my whole Beligan Benefactor story went down, I soon found myself trading more and more casual e-mails with the label’s PR guy. Turns out that Death Becomes Me, until that point mostly a vinyl-format release outfit, was starting to dabble in CD-R-based releases as opposed to factory-pressed CDs, and they were curious about how these new-fangled recordable CDs would hold up to shipping around the world. Somehow, it became my “job” to “beta test” their new CD-R format releases. They would cut CD-Rs of all their new releases and mail them to me, whereupon I would receive and play them for a week or two before reporting back on sound quality, shipping damage, etc.

It was a lot less formal than I make it sound – but what it amounted to was me: some random kid from Florida, getting pre-release jungle and happy hardcore mixes from the then-hottest UK scenesters. I think of it now, and I think how I could’ve used is as my “in” to “the scene.” Between that and my job at the record store, where I was awash in pre-release promos, I could’ve staked a pretty decent claim. But, that’s neither here nor there. Some of the CDs I got were good, some bad, some not-bad-but-boring. Somewhere today at home, I still have a stack of hand-labeled CD-R releases from Death Becomes Me and Rogue Trooper…

Neat huh? Years later still, I’d decide that I wanted to convert that CD into MP3. I took on the onerous task of ripping it, splitting up the long 76min single-track into individual records as best I could by ear, and storing it digitally. And that, dear friends, is the long story of just one album on my iPod – from a random cassette I ordered from a random Chicago mail-order music joint in the mid-nineties to a CD I got direct from the UK to bits and bytes on an iPod. Cooool…