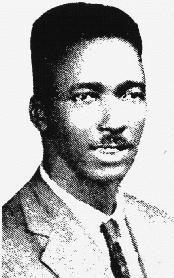 Well, it’s official – Keaton’s walking. All of the sudden today she just started standing up from sitting, not needing to pull up on anything for support. Once up, she’ll walk short distances – ten or so steps – to mom or dad or something else she can hold on to. While it’s not full-on walking as a primary mode of transportation (and therefore not “real” per Sharaun’s definition), it is definitely walking and she’s definitely doing it. I’ll make sure and get some video posted as soon as we get some. And so, another milestone. Now… if she’d only get some more teeth, those two bottom-front ones look so lonely in there…

I don’t know why I’ve not realized this before, but my high-speed provider offers free usenet access. You get capped at 2GB per month and the retention isn’t as stellar or solid as giganews or anything, but it’s pretty awesome. Sometimes usenet is the best place for some lesser-represented music on the major invite-only trackers (especially classic blues, there’s a well-established group on usenet for the genre, but it’s scarce on most private-trackers). So, I hooked that up the other day on the new compy at home and was winging bits through wires in short order. Got some great new vintage blues stuff too, can’t wait to give it all a listen.

Actually, speaking of that blues music, I recently downloaded a collection of recordings from the pre-Robert Johnson Delta blues artist Tommy Johnson, and, as I often do with new musicians I “find,” I decided I wanted to know more about him. I headed over to allmusic.com and looked him up, and it turns out he’s got one heck of a story. Check this out:

The legend of Tommy Johnson is even harder to ignore. The stories about his live performances … are part of it. So is his uncontrolled womanizing and alcoholism, both of which constantly got him in trouble. Johnson’s addiction to spirits was so pronounced that he was often seen drinking Sterno-denatured alcohol used for artificial heat — or shoe polish strained through bread for the kick each could offer when whiskey wasn’t affordable or available in dry counties throughout the South.

Johnson spent most of the ’20s drinking, womanizing, gambling, and playing … when the money got low and apparently, only when the mood struck him. By all acounts, Tommy felt no particular drive to relentlessly promote himself and — while he played music for pay until the very end of his life — he certainly wasn’t as serious about his career as he was about his drinking.

He cut one more stack of great records for the Paramount label in 1930, largely through the maneuvering of fellow drinking buddy Charley Patton. Then the slow descent into alcoholism started taking its toll, the one too many nights of Sterno and shoe polish buzzes reducing his once prodigious talents to small, sporadic flickerings of former genius. He worked on a medicine show … in the ’30s, but mostly seemed to be a mainstay of the juke and small party dance circuit the rest of his days. He was playing just such a local house party in November of 1956 when he suffered a fatal heart attack and went out in probably the exact fashion he wanted to.

Now that’s some hardcore musicianship… a real dedication to the craft. I tip my shiny wingtip to ya, Tommy.

I’ve decided, after Sharaun told me some friends of ours have a similar plan, that I’m going to create a comprehensive “chore chart” for the house. The hope, is that I can standardize a routine that will help both me and Sharaun to better keep up with housework. This may seem anal or unnecessary, but it’s not. I’ve complained again and again and again about the state of our house. Sure, we can clean it up enough in the common areas to where people don’t notice, but I see the backlot, what gets swept under the rug – and it’s filthy. The things I know Sharaun dislikes doing, cleaning the showers and bathrooms, I don’t do often enough. Plus, I’ve tried to explain to Sharaun that keeping a place “tidy” as a lot easier than doing a major “spring cleaning” every few months to sort through the accumulated detritus.

The other day, I threatened to hire a maid – a luxury which somewhat disgusts me, but the threat was hollow and was meant more to “subtly” communicate (for the billionth time) my state of displeasure with the cleanliness of our crib. Of course, she thought the idea was ridiculous – which I thought might spur some re-dedication but instead generated the suggestion of a “chore chart.” Bingo, I’m all over that. I want to have this done next week and put into use ASAP. Sheesh… we gotta get right or this kid is gonna grow up thinking she can leave a trail of waste behind her all the time. I gotta get that chore wheel, y’all.