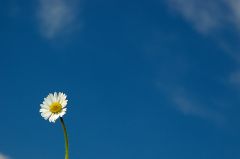 It’s after dinner and I’m sitting here drawing my too-long index fingernail across my front bottom teeth, scraping the film of a good meal into little curls which I’ll then think about, and eventually just decide it’s easier to swallow. Sharaun went easy tonight and let me have chilidogs for dinner, although I did have to eat a salad to “balance” it. I just put Keaton down to bed. Speaking of Keaton and sleeping, we lost her morning nap about a week back – she just refused to go down. So, she’s a one-nap baby now, although it’s a nice long one around 1pm so it’s not so bad. I’ve hit a serious stall on my reading, last time I checked in with Sal Paradise he was on his way back to New York after an amazing-sounding shack-up with a Mexican farmgirl. I want to get back to it, but I’ve been otherwise occupied. Tonight’s the night though, I think.

Spring is coming. My lawn is starting to get green and the trees on the block are starting to sport buds on their winter-grey limbs. I’m excited for the day when the weatherman says that the rains are over and I can pull the the hammock and patio chair cushions out of the garage. I’m ready for the not-so-hot precursor to summer months, when we can start earting dinners outside again, music drifting through the screen door, Keaton crawling around in the grass. I’ve decided I’m going to put a screen door on our front door as well, so we can have the house “open” and get a nice breeze running through. This is typical in Florida, but I don’t see it much here in California, maybe I’ll start a trend. Anyway, the coming of spring and summer have my mind turning to camping again, and thinking about how much fun we’ll be able to have (and how much extra work it’ll be) now that Keaton’s a little more mobile and a little more cognizant of her surroundings. Yeah, springtime… bring it.