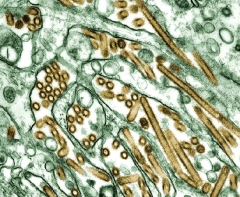 Mmmm… entry of randomness that could’ve gone up yesterday had I not worked until 10pm. That went over well on Valentines day, as you might imagine. Flying home from out of state and getting right on the computer to work. Not to mention I went into that damned factory at 6:30am this morning to get some more catching-up done. Well, I’m caught up now, for the most part – but it sure didn’t get me laid for Valentines Day. What a shame, work before cooter… what have I become? Read on, though, my friends… there’s plenty of stuff here to keep you busy for ~5mins.

Got in one of those “I have too much stuff” moods tonight. Tore through the few CDs I held onto when I did my massive CD dump for laser eyes and threw away everything but the very bare essentials. Even then, I plan to sell these essentials via eBay or some other online wares-hawking place. Used Craigslist for the first time tonight also, as a seller, that is. Getting rid of the massive CD shelves which once held all those beloved bits of plastic… gotta squeeze every last drop out of that part of my CD-hoarding life. The ease of selling things online is somewhat of a rush, and I start looking around the house evaluating the tons of shit we have as warehoused merchandise, priced to move. I’m gonna sell it all, gonna make room, shed some goods, make some bread. Y’know, I think I’ll also donate some books to the library. Surely I can write that that off next year, and who needs these things taking up space anyhow? That’s right, I’m mad!

Speaking of my laser-eyes, I’m made a follow-up appointment to go in and have them checked next week. Well, one of them at least – mostly because it’s all kinds of fucked up. OK, that’s harsh, but something is wrong. Since the surgery, my eyes have been pretty dry, even to the point of annoying discomfort at times. But over the past few weeks my right eye has been acting really odd. At first it just felt irritated, overly-sensitive or something, like there was some dirt or an eyelash in there. Then, I noticed my night-vision in that eye was a bit off, whereas both eyes had previously been laser-awesome. Since this week however, I can definitely tell a difference in my right all, and not just at night – this is an all-the-time kinda difference. It’s not that the vision is that unclear, but compared to the hawkish wonder of my left, it’s like having a layer of vaseline on the right. Hope it can be fixed. I have free “touchups” until May, not that I’m thrilled about the prospect of getting it surgered again…

Tomorrow is the first day of a three-day weekend, which I’m quite excited about. Not to mention, my folks get into town on Thursday, so I’m taking Friday off – which means I have a total of three working days next week. This is good, because things are so damn busy; but this is also bad, because things are so damn busy. That weekend is Keaton’s first birthday party, it should be good. Well, providing she gets over this flu-ish thing she’s rocking right now. Nothing like an impromptu bath at 2am to clean off a vomit-covered baby. Poor thing, she’s such a trooper, must have my tolerance for pain. On the other hand, she’s going to be one year old!! Cast your minds back with me down memory lane, and look how she’s changed….

I think I’m going to write a book. No, seriously. It’ll be a semi-non-fiction account of my life, with some more exiting bits misappropriated and assumed from others’ lives, TV, etc. It’ll be everything I love, telling stories about the things I used to do, it’ll be the reason I started this blog. I want to write tersely and rough, just simple sentences. Kind of like the Mike Fahey entry from the other day (not his real name, by the way, for those who may have been concerned). I really like that one – I think I want to write a book kind of like that. I bet I could write something I’d be proud of in a little more than a year… keeping only the best bits. I wonder if I could make any money? I guess I’d have to learn to write first.

I’ve got a friend at work who’s just starting to get into the Beatles in earnest. I mean, pretty much everyone is aware of the Beatles. Beatles-awareness, you might say, is somewhat ubiquitous if you’re at all up on the history of pop culture or music. You can’t avoid the Beatles, but you don’t have to like them. Oh, you might know the “nah nah nah” from Hey Jude, but that doesn’t mean you’re making a “study” of the group. My buddy is, though.. making a “study” of it, I mean. And, being a humongous Beatles nerd myself, I’m so jealous of his first-time-hearin’ ass.

The other day he has the gall to tell me he “really listened” to Sgt. Pepper, for the first time on headphones, over the weekend. Oh, the humanity!! Can you imagine my heart tearing as he waxed on about his appreciation for the diversity on the album? I can only hope for that feeting moment when I remember how amazing it was to hear the stabbing intro to “It’s Getting Better” for the first time, but it’s gone for me. I know it all inside and out. Every fart on tape, every missed lick, every doffed hi-hat. I still love every groove, savor every harmony, but that Beatles-virgin cherry-popping feeling is gone. Enjoy it, my friend… enjoy it while you can.

One Reply to “friday”