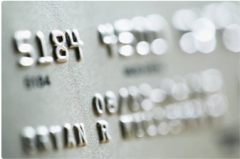 I know I’ve been remiss in posting pictures to Keaton’s gallery, but that’s because our camera is kaput, busted. I have, however, managed to scour the web and find some semi-recent pictures of our little darling which were hosted at the websites of friends. Here then, courtesy of Suzyness, is the joint 30th birthday party I shared with Kristi, where Keaton makes several cute-as-can-be appearances. Enjoy. There, hopefully that will help quell the nastygrams from friends and relatives hungry for a Keaton fix.

Everyone keeping an eye on The Universal National Service Act of 2007? It’s a new bill introduced in the house, and its purpose is stated as follows:

OK. Sounds straightforward to me. A draft+ kind thing. Not only is there compulsory service in wartime, but apparently we must all perform “national service” for the “furtherance of national defense and homeland security.” I hope this is something as simple as being prejudiced against Muslims or towelheads, that sure would be easiest on me. Anyway, keep an eye on this one, it’s bound to make some news if it makes it through the first set of hoops.

Sharaun and I both got new debit/credit cards today, along with a note that our old ones “may” have been “compromised.” So, I had to go onto every bill I pay via auto-pay and update the card details, not to mention change my pin number. What a pain in the ass. And, I’m sure that “may have been compromised” means someone hacked into their database somehow, since it seemed to be a blanket mailing thing. I check our account pretty regularly, and hadn’t noticed anything out of the ordinary (aside from Sharaun spending a bit too much at places like the Gap, Marshalls, and TJ Maxx), but I downloaded the statements and went back through them using AceMoney as a fine-toothed comb. Nothing seemed amiss, so I guess we’re cool now that we’ve got things all changed up. Stupid identity thieves, scourge of the internet age.

Wow, what a random entry. Goodnight.