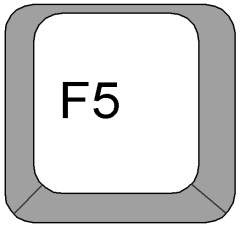 Work is busy… stoopid busy like cauliflower. Hey, did Tuesday’s blog ever go public?! I noticed last night that it was marked “private,” and wondered if anyone even got to read it… Damn, that makes me mad. I was proud of Tuesday’s entry and I effed it up. And, I was under the impression that people might be thinking, “Dave’s on a roll this week.” Instead, they were thinking, “Dave let us down again.” Damn damn – go read it, please?. Anyway for today, I had this huge story written thinking it would have an awesome ending, but I was wrong. So here it is, endingless, because I didn’t write anything else and, besides, I kinda liked it.

My story about “the night Neon Bible leaked” is pretty good. It may sound silly, but I literally felt like a small piece of a larger organism. It all started Tuesday night (well, started getting good). I was sitting on the couch refreshing a thread on a popular music messageboard over and over and over again. One poster said his French-speaking buddy got an IM from another buddy saying he had the album, that buddy would pass it on to the frog who’d in turn pass it along to the poster who’d in turn leak it to the masses. The only reason mass “bullshit” wasn’t called on said poster was his good repute with past leaky matters. Later, he confirmed the truity of the friend-of-a-friend story by upping a high-quality rip of a track that was, up until that point, only available as a shit 96Kbps rip (trust me, sounded awful on the iPod in the car). Hearing the song in good quality only got me refreshing more tabs in sequence. Load ’em all up: hipster forums, insider blogs, trackers public and private; load ’em all up and do the Control-Tab -> F5 -> Control-Tab -> F5 tango…

Real-looking item appears on a well-known public tracker-tracker, I decide to wait until it hits a more reputable source or someone confirms it as the real deal… try to stay away from public trackers, especially with something of this magnitude… screams RIAA honeypot. Refresh. Refresh. Refresh. Check the trackers, public and private. Refresh. Trackers. Refresh. Trackers. Firefox begins to lumber under the load, having been open all day its notorious memory leak has it consuming a whopping 123,000K of my available RAM – but I don’t dare close it and waste potential precious time. Back in the forum, the “this many readers are reading this post” count kept climbing and climbing as word began to trickle out. Original leakster returned to say he had to hit the sack, must have been bedtime where he was – no leak, hopes dwindle.

Three hours have gone by since this started, I’ve pretty much been buzzing around the laptop every five minutes to F5 my sources. In between, I’m writing yesterday’s (and this) blog, and half watching people make fools of themselves on American Idol. Man, time flies, I can remember thinking how long it would be until the next American Idol when the last one ended. I’m going to switch to present-tense now, as I’ve caught this entry up to real time. I’m still waiting for word back about the one on the well-known public-tracker… people on the boards are dutifully opening themselves to lawsuits in the spirit of keeping the rest of us informed. But now it’s too late, I have to go to bed… Sixish hours of sleep later and no leak. Off to work.

At work it was me and the boarders again, on the collective edge of our collective seats, watching the lead downloaders of the publicly-tracked (and widely assumed fake) file post their “percent completes.” I would keep the thread open in Firefox and F5 every few minutes, since I can’t load up the “questionable” sites here at work (well, I guess I can, but I’m not gonna) – I have to rely on the forums and blogs for news. I’ve already briefed Sharaun on how to kickoff the download at home if something budges. I feel like a man obsessed, getting worried about the buildup. It’s just… I’m waiting on the followup to what I personally think was the best rock album in the past ten, fifteen, twenty years (sorry Nevermind… and, when was Joshua Tree again?)… I’m a bit excited.

Work goes by, 8am to 5pm, meetings and phone calls and e-mails and meetings and phone calls. Work was stoopid busy like cauliflower. But, all the while I kept the internets in the taskbar, refreshing when I could. Nothing still. At home, I laid off a little… realizing now that most of the promises were bunk… and that we were no closer to a leak than when the first tracks trickled out weeks ago.

If you’re a praying person, I’d appreciate your petitions on behalf of the leak. Goodnight people.