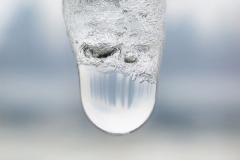 Wrote to paragraphs last night, gave up and never posted them. Here they go.

So everyone thinks my glass-lung dream has to do with smoking, eh? Not a bad interpretation, actually… and now that I think about it maybe it was smoke I was seeing fill the chambers, not “tinted breath” as I described it yesterday. Either way, it was one of those cool dreams that you actually get to remember – so I figured it meant something. Thankfully, and this is something I don’t say often, this work is dragging at work. This week, though, I’m glad it’s dragging… I need all the time I can get to pull everything I need together before Friday. I’m sitting on the couch now in my boxer shorts, and I swear I can smell my own ass… that, or these shorts were dirty when I put them on. That’s gross to me.

Tonight Sharaun and I had dinner with some long-time friends, I mean from-back-in-FL friends. They have a daughter (who I remember being born) who’s now in 2nd grade, and I got to talking about her about what kind of things she’s doing in school. Trying to think back, I remembered things like have to write what time it was on a drawing of an analog clock and counting little drawn quarters, dimes, and nickels to answer things like “how much money?” As we talked, I decided that I’d head into the garage and actually pull down the box of “David’s Old Stuff” my mom had given me a few years back. Sure enough, I found a math test I took in 2nd grade – and lo and behold: clocks and change. What a memory, huh? I love looking through that box, and someday if I get a working scanner I’d like to digitize and write about some of the cool things in there. I’m also glad my folks saved all that seemingly mundane stuff, it’s loads of fun to look at now – I’ll make sure and do the same for Keaton.

Know what I hate about every single iPod case I’ve tried? All the holes are either hard to get to, or, when easily accessible, made only to fit the standard iPod headphones and charger. That’s just dumb. Most decent headphones or 3.5mm jacks have thicker plugs than those skinny white iPod earbuds, so it’s just stupid not to give users a little more wiggle room if they decide, like me, that they hate the pain-inducing standard earbuds. And, “unauthorized” car charges and wall charges for the iPod are available on eBay for pennies on the dollar – and some are, not surprisingly, a little differently-sized than the OEM or licensed ones. Stupid for these case guys not to think about that. I should go into business making iPod cases… I wonder if there’s good money there. Hear that entrepreneurs?, now you know how to set your case apart from the rest – appeal to those with after-market and bootleg plug-ins. Easy as that.

Late today, two more tracks from the new Arcade Fire album leaked to the internets. Along with the three that already leaked, that makes five of eleven – nearly half the album. I swear each leaked track sounds better than the last. Even more exciting, along with the leaks, message boards and scene chatter was filled with rumors that the whole LP will be uploaded before the night’s end. Now, seeing as I’m writing this on Thursday night – I have the smallest hope that I might actually be listening to the new album on the way into work tomorrow. So here I am, alternating between writing the blog and pressing F5 on the three leakiest trackers I know. Write a sentence, F5, write a sentence, F5… c’mon Neon Bible… you can do it!