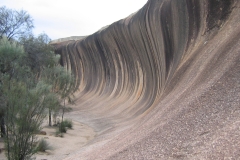 Finally home, post 12hr drive where it was either raining or snowing the entire way. All twelve hours of driving in some kind of precipitation, our little greenhouse killer doing its part in joining the other bits of vehicular plaque clogging the holiday-weekend highway arteries of our nation… each of us fatter and slower for the turkey feast afforded us by virtue of our number one spot (as countries go) on this orb. Yeah yeah, it was a good weekend. I’m not entirely sure, though, that the drive is worth it anymore… certainly not with a little baby… it’s a long dang way – and although Keaton handles it like a pro traveler, it just takes too long. But hey, we’re home now. Let’s move on.

Despite the fact, however, that it was a great weekend – it was, as far as electronics are concerned, a complete bust. My laptop harddrive checked out, I’ve only got it running now because I smacked it just the right way and got it to work. It’ll have to be replaced tho, which will be a timesink. Then, my cellphone decided it was also tired of working, and gave up to meet the harddrive at some pub in tech-heaven. Not to mention that, ever since Sharaun dropped it into the cat’s water dish at the Halloween party, the digital camera eats through a battery in about 10min, making it nearly unusable. Finally, when I got home, my trusty had-since-college CRT monitor crapped out and I have to stretch the image so much to fill the screen that it’s hardly usable. Yes, my friends, it was a maelstrom of electronic failures… thank God the iPod’s still working.

Although I don’t have much more than the preceding readied for today, regulars may be happy to know that I did post Keaton’s Monday pictures this week – sorry for missing last week, but the digital camera issues and a general lack of pictures taken just didn’t produce a crop worthy enough to cull from. Going in weeks, the albums are now up to week thirty-seven – which makes no sense to me since Keaton won’t be nine months old until tomorrow (which is today, as you read this)… the whole weeks = months thing always messes me up. But, enough of that – here are the pictures, enjoy.

Goodnight folks – look for a more cohesive entry tomorrow, when I’m not so dead-tired and road-spent.