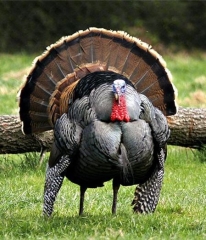 Tuesday night and I know I said I probably wouldn’t write – but Sharaun’s out running errands and I’m here at home having already packed and made some scant preparations. So, I decided, after being harassed by relatives for not yet posting a weekly installment of Keaton’s photos, that I’d post some. Turns out I have nothing! I culled a weak two, count ’em, two, pictures from last weeks batch which I thought were good enough to post. So – no photos again, for the third day of what is becoming the 1st week since her birth that I’ve nothing to post. I’ll make amends though folks, I promise. We’re sure to take plenty of photos over Thanksgiving at the grandparents – so you’ll have to wait until the weekend. Sorry!

Right now it’s 7:30pm. My intent is to be in bed not much past 8pm and wake again around 3am to hit the road. Until the next post then, take care.