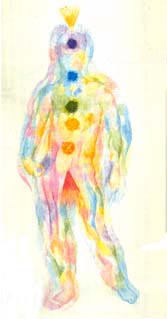 Monday and I’m wishing I had some more time off, work is not sitting well with me of late. I’m depressed by how much stupidness goes on there, sometimes that happens. I waffle between one strategy where I master the politics and bullshit and just ride the wave, and another strategy where I try to “fix” things and make things better – and sometimes I get torn between the two and feel… ineffective… or something. Also, sometimes I just get discouraged, need a vacation, need time to do nothing.

I get these irrational peaks of emotion, where I just sit at my desk thinking about how much I’d rather be at home with Sharaun and Keaton, or how I wish it was Thanksgiving or Christmas and I was with friends and family. Sometimes, when this happens, I get an almost uncontrollable urge to “run,” to just get up and go. I can’t explain it really, it’s like I just get this sudden influx of what’s important in life and I want to go be with those things instead of at work. Sometimes these peaks align with particularly busy or hectic times at work, which is logical being that those are the times when a body’s mind would naturally turn to things more enjoyable – but other times they happen quite randomly, seemingly unprovoked.

Anyway, this morning at work I had one of those… and I wanted nothing more than to run away from it all. Get in a car with Sharaun and Keaton and head somewhere quiet, turn off the phone, lock the doors – hole up with what really matters.

You’d think one paragraph would be enough to cover that, right? But no, I think I’ll continue. I often get these mental interrupts when executing on a task, and I’d almost always classify them as “selfish.” What I mean by that is, when I’m doing something that’s anything less than exactly what I want to be – I’m frequently interrupted by thoughts of doing that other preferable thing. Typically these thoughts aren’t enough to derail whatever I’m doing, but they can certainly add delay.

Thing is, there are precious few times where I’m actually completely content doing what I’m doing, where my mind isn’t racing thinking about other things I could be doing instead. I wonder sometimes if this kind of thing is normal, or if it isn’t some kind of ADD-thing. I’ve long come to terms with my own selfish nature – and have pretty much stopped feeling ashamed when I want to abandon one thing for a different one that makes me happier or serves me better – I’m just a dick that way. I guess, whatever it is that finds me sidetracked so often, it doesn’t really wreck things for me – I function OK despite, so that’s good.

Maybe I’ll coin a new disorder or something: SCFD (Self-Centered Focus Disorder); symptoms include always wanting to do what you want to do.

Pavement’s newly reissued and expanded Wowee Zowee: Sordid Sentinals Edition leaked the other day, and I’ve been spending a good bit of time examining all the Zowee-era goodies that I’ve never heard before. Some good stuff on there, from what was a landmark album to me – the album that truly got me interested in the indie-rock sound. Several tracks are ones I used to have on various singles, but haven’t heard in a long time – and some are just brand new or live. I’ll be honest though, I never have been a huge fan of live Pavement… but there’s some interesting stuff on here. Particularly intriguing are a couple versions of cuts which are labelled as “recorded in Holland” and are significantly different from their previous incarnations (albeit for some reason centered far to the left of the stereo image).

Before I go, I did manage to get some pictures up for this week’s installment of Keaton-in-pictures. Check ’em out here. Goodnight.