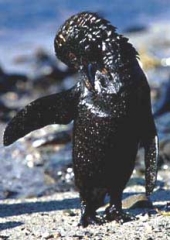 Friday, eff that noise they call the “week,” it’s time for the girls to pull the bottoms of their shirts up through the necks and tie them off in sexy 5th-grade playground faux-bikini knots. It’s time for boys to gingerly unbutton buttons that are on an alien side of the shirt to them. Time for the smell of Malibu Musk lingering on my lips, time to have to change my JC Penny boxers because we held hands on the way home. It’s the weekend and it’s gonna be massive. Me and the guys are going to hide in those bushes at the front of the subdivision and blindly shoot BB guns at the road when we hear the whine of passing cars. After that we’re gonna try and score some beer and on Sunday I swear I’m gonna fuck Tina… no, I swear guys – I am totally, totally, fucking her this time. Shut up; just wait.

I have this amazing Hold Steady album to thank for that 1st paragraph (well, that and the Steel Reserve I’ll get into below). Listening to this album and its sordid tales of drinking, drugging, and general teenaging… the words are like poems about the very debauchery I once embraced. You call it glorifying irresponsibility, I call it conjuring memories with style.

Bear with me folks, Pat and I hung out tonight and he bought two Steel Reserve tallboys for us to drink. And at 8.1% alcohol by terrible-tasting volume, one Steel Reserve tallboy is enough for anyone on a weeknight. All that malt liquor has had a couple effects on me which will be noticeable to you, my blog readership. 1. I don’t care so much about sentence structure and that kinda crap. 2. I’m going to write about some neato stuff that normally be hard to explain (i.e. I’d have to write a lot to get the idea across) because I won’t care that I’ve not established proper background. Here goes.

When I was a kid, I always thought my parents’ bed smelled odd. More specifically, my dad’s side of the bed. It’s not a smell I can describe, but it’s something unique and immediately recognizable. Also, I would not, then, have classified it as particularly pleasant. Now, however, that I’ve aged into a man myself – I know what this smell was. It is the patented family sleep-induced pheromones. That’s right, we’ve got our own special blend of aromatic excretions. Let me elaborate…

I first realized I had the family pheromones sometime in college. During these years, I slept on a waterbed. Every so often, when I’d wash my sheets, I’d notice an interesting “mark” on vinyl waterbed mattress directly under the area where I normally slept. Perhaps “mark” is a misnomer… a more accurate description might be “stain.” I’d always known that I “slept hot,” being prone to nighttime sweating and overheating – but this “stain” appeared to be more than just sweat. The defining moment came, however, late one night around 3am when I was up late coding a VHDL project with my lab group. As we pulled our all-nighter, I was the coder who happened to be manning the computer, while the other members of my group huddled behind me watching. One of the guys in our group, an outspoken Cuban who’s bluntness I respected, said, as he hovered close to my head, something like, “Dude, has anyone ever told you that you emit a ‘funk’ late at night?” “No,” I replied, “I’ve never head that… but now that you mention it, I think you might be right.”

It took a few more years (and an equally outspoken but much less Cuban wife) for me to realize that this was not some random observation. I not only emit some olfactory “funk,” but also some palpable one. An intoxicating mix of sweat, oils, and raw, raw man-scent. So strong is this “funk” that Sharaun actually complains about me ruining sheets. Apparently, I ruin pillows, sheets, and even mattresses with this incredible genetic advantage. I maintain that these “juices,” as they are, are the secret to my stunning success with women. Sure, I’m fat and balding… but one whiff of me at night and the ladies are reduced to quivering masses of “do me.” Sharaun gets mad at me because I call this my “mojo.” I have nothing else meaningful to say in this paragraph.

I told you I wasn’t going to care about structure or grammar… this thing is going up just like I wrote it, only spellcheck – no proofread for flow or even sense-making.

Damn… that Steel Reserve gave me the most awful headache. Goodnight.

6 Replies to “the mojo is totally genetic”