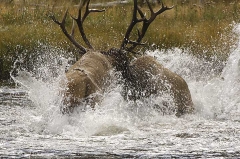 Sometimes, I like to think about how future discoveries in the fields of science, technology, and medicine might cause the brains of certain demographics to explode. Let me explain. We’ve all heard the research that a glass of wine a day or week or whatever can reduce the risk of heart disease or kidney cancer or something. The whole recent debate about the HPV vaccine has focused additional attention on these kind of findings where there exists a group of people for whom the data is at odds with their beliefset. While I ate lunch at my desk the other day, I tried to come up with a fun list of some other hypothetical brain-exploding advancements in human knowledge. Here’s what I got: