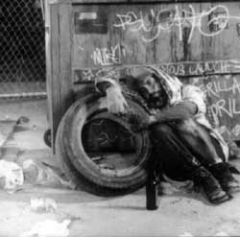 Good evening my friends. I skipped another day of blogging last night, and it felt good. Today was insane at work, I was quadruple-booked with meetings and running on six hours sleep from a late-night cram session preparing a presentation I presented at 8am. Honestly though, it was a good day – and despite being so overbooked I found some time here and there to entertain some Halloween project themed non-work thoughts. In fact, I’ve been working hard on a brand new Halloween idea over the past week or so. Brainstorming and doing trigonometry to derive angles and physics to calculate loads. Anyway… let’s get to the junk.

I’m sick of the word “diva.” There are like two or three shitty, shitty, shitty shows Sharaun watches on TV that use this word to the point it’s silly.
The new Killers finally leaked, trickling onto the internet only a respectable week or so before its street date – not bad. I haven’t had time to listen to it yet, but I’m anxious to hear if it’s really as bad as Rolling Stone says.
Sometimes, I sincerely think I’m “special.” I mean better than you.
Having been camping the past two weekends, I find myself wishing I could get away every weekend. Then, I think about stretching each wilderness-weekend by an additional day, leaving me with a four day workweek. This fantasy snowballs until I’m camping every day and not working at all.
I can’t wait for the day that Keaton can teeter to the door to greet me when she hears me arriving home from work.
I finally got a lead on an Oink invite, both worries and excites me. (If my lead falls through, anyone got one to spare?)
We’re thinking about taking the train to Oregon when we visit my folks for Thanksgiving. It’s a 15hr trip, but I’ve never been on a passenger train before and I think it could be rad.
I wasn’t going to ever mention Lonelygirl15 again, but I figured since Stewart brought her up on the Daily Show – it was an opportune time to mention that I’m totally still following the whole Cassieiswatching alternate reality game thing… though I’m beginning to suspect it’s some elaborate fan fiction…

Goodnight folks, I’m lovin’ on ya.