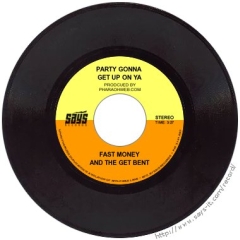 ‘Nother long day at work, this time starting at 7am for a meeting with those cagey Europeans and home at 6pm after closeted think-tank style meetings most of the day. I actually welcomed the brainstorming though, it’s fun to think occasionally. Sharaun is forcing me to watch some new dance-competition show. These infernal dance shows… am I the only person who just doesn’t get dancing? I mean, I see two people up there… bouncing around smiling… but I just can’t get an idea of “skill.” To me, it’s almost like that disease where people can’t discern one face from another. To me, it’s all walking around and spinning – I just can’t differentiate it. Sharaun claims this is because I am entirely devoid of rhythm… and I’m inclined to believe her. I just can’t see dancing. I figure that’s OK though, because it sucks. Oh, and I’m putting off getting up and doing the dishes… pretty standard stuff.

I’m tired of having to wait a few days for the latest leaked album, but am torn about begging invites to the biggest “zero-day” leak tracker sites… as I have visions of server raids netting memberlists and IPs and even share ratios. So, I’ve decided that the prestige of being 1st to the party just isn’t worth the time in jail – and I’ll wait until the stuff trickles down to the mid-level feeders like me. But dang, sometimes when I want to hear something… I want to hear something!

So, in what I hope is the last time I write about this, here are the two best wrapups of the whole LonelyGirl15 debacle. Enjoy.