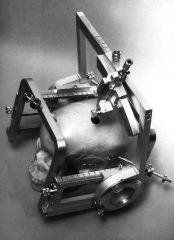 Wednesday night, got here blessedly fast thanks to the long weekend. Spent most of the evening helping Pat try to install a new water heater (flashbacks to the beginnings of sounds familiar). We got it installed, but didn’t leave much time for writing. But, after I sat down, things worked out and I got all the crap below. Let’s get to that crap now, huh? Good.

Some (more than) one-liners:

Sometimes, in the morning on the way to work, I turn the music up so loud it hurts my ears. This morning, I had the iPod on shuffle and “The Good Life” from Weezer’s Pinkerton came on. That album ties to a lot of great memories for me, so I turned the knob to at least eleven and ground my teeth in defiance as my ears protested the deafening sharp tinny cymbal. I know this is a dumb thing to do, but I enjoy it.
I have a deck of cards I keep at my desk at work, I am constantly shuffling them around in my hand as the time passes. I’m not sure why, but I like having something to manipulate while I think or work. I use them so much that I’ve had to retire two previous decks, and am thinking it’s about time to ditch my current. I went from a generic-backed deck to a Hawaiian hulagirl deck, to my current Harley Davidson deck. The edges get saturated with oils from my hands, and the cardstock begins to swell and flare. There’s a faint yellow outline creeping inward from the edges towards the center of each card, that oil beginning to take over. Sometimes cards stick together as their raised edges hitch on each other. I like the way the well-handled cards smell, I know this is odd. Time for a new deck, I think I’ll open the Beatles one.
I’ve always been a fan of thinking-puzzles of all kinds. From watching HBO’s BrainGames as a kid to solving weekly “lateral thinking” puzzles in my “gifted class.” I absolutely hated those ones where six people had two traits each and you had to fill out some huge cross-referenced matrix using the process of elimination to decide who had red hair and a puppy; what’s the fun if you can just stumble on the answer visually? I think that’s part of the reason I get so intrigued by these online “alternate reality games” like the Lost Experience and, now, LonelyGirl15 (if that’s indeed what this is). I can remember when I bought the game Myst for my old Packard Bell. I sat for hours playing that game, eating up the logic puzzles and secret passages. I can recall sitting at my PC late one night, navigating first-person style through a series of mine shafts. I had realized that, at each multi-tunnel junction, the game would make a different sound. I started associating the sounds with directions, north, south, etc. Turns out this was the right approach. So there I am, sitting at my desk listening intently to discern a “dink” from a “donk” from a “poing,” when I’m nearly scared out of my skin by someone knocking on my bedroom window. Turns out it was a girl, come for a late-night encounter. Myst was awesome, but I had priorities…
Every time we go camping up in the hills I notice the sign posted at the campground that reads something like “14 day maximum stay.” It always makes me think about camping on a longer-term basis than the typical city-folk weekender trip, perhaps even taking up a nomadic style of life bouncing from one max campground stay to the next. It’ well known that I have an obsession with “lean” living like this, although I’m not the most exemplary of the lifestyle – it’s nonetheless attractive to me. I remember when a buddy of mine bought a house from a workplace acquaintance, the now displaced fellow moved into a tent at a local public campground. He was still getting up in the morning and going to work, still doing the daily grind, but at night he’d head home to a tent. Something about that was very woodsman-romantic and Thoreau-ish to me, and I always thought it would be fun to do.
I’ve long realized that I outfit myself with a regularly recurring set of clothing. Each week, my limited array of ensembles repeats itself in some way. I don’t even wait two weeks. Oh, sure sometimes I “mix it up” and wear the green shirt I wore last week with jeans with khakis instead, but the variation doesn’t get much more varied than that. I don’t mind this, actually… it doesn’t bother me. I have probably six pairs of shorts which I wear, three pairs of jeans, two khaki longpants, and maybe fifteen to twenty shirts. That’s it. Nothing more. So, I recycle. I mate that grey company polo with the jean shorts and the khaki cargos, sometimes I’ll tuck in that avocado-colored one, sometimes not – all depends on what kind of fashion statement I feel like making.

Goodnight friends and lover(s). Marinate on that parenthetical ‘S’ for a while.

One Reply to “fun to do”