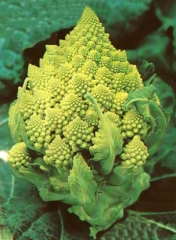 So I took a day off, can’t a brother get a couple days off per month? I had intended to write last night, but got caught up working on my Akismet plugin for Coppermine and lost interest. If it means anything, I got a lot done with the plugin… but… let’s be realistic, it doesn’t mean anything. Mostly politics today, sorry.

Been looking for tickets back to Florida for Christmas lately, prices are insane. Every year it seems to get worse. I remember being able to get Sharaun and I there for under $500 round trip, and now it’s hard to get it under $1,000 – and Keaton still flies free on a lap, I can’t wait until I have to purchase a 3rd full-fare ticket for her. Soon enough we’ll have to putting into a “Christmas in Florida” fund every month. Not that I don’t love my Florida peoples, but dang your state is far.

I’ve linked to the Political Arithmetik blog before, but more and more it’s becoming a part of my daily online regiment. I’m a data-whore by nature, as I firmly believe that knowledge truly is power, and I enjoy increasing my understanding of the political machine. This site combines those two things into one neat politicarithmetical package, perfect for civic-minded slide-rule jockeys like me. Of the regularly updated features, I think my favorite are the Bush approval ratings trend and the so-called “generic ballot” trend. Lots of political trending sites report on the generic ballot or Bush’s approval ratings, but I like Franklin’s statistical approach of charting these things over time and fitting trend lines as predictors. It’s interesting to see most political blogs showing Democrats with a lead in the 2006 generic ballot polls for the Senate and them compare this with Franklin’s line of best fit trend. Hope the aren’t getting too overconfident, American opinion, as tracked by pollingreports.com, gives them only a 10% lead over the GOP – and you better believe they’ve seen the numbers too. Bush ain’t just sitting around doing nothing about it, he’s flying around doing something about it. I wonder if the Democrats will ever get a platform solid enough to make a real run at it… one can only hope (that is, if “one” is Blue).

What sucks most about this next paragraph is that I actually wrote it on Tuesday, intending to post it Wednesday. However, I slacked Tuesday night and and didn’t come up with anything other than this sole paragraph. Figuring it wasn’t enough to justify and entry, I decided to just roll it into Thursday’s entry (I really liked the writing, or else I may have just scrapped it altogether). Then, come Wednesday, I see CNN has picked up the whole WWII/Fascism thing – and thus my story, once just a bit stale, now seems completely trite and pre-chewed. I’m still posting it though, and you’ll just have to pretend you heard it here before CNN, OK? Thanks.

I read with interest a few days ago this article which puts forth the notion that our administration is slowly changing the name of our “terrorist” enemies. In what the article refers to as a slow “linguistic makeover,” what we were previously calling the “war on terror” is now being referred to as the “war on Islamofacism.” When I first read the article, I thought it was an interesting commentary, as I too had noticed Bush’s out-of-place-ish reference to “fighting the Islamo-facists” in a recent speech (I think it was the newness of the term that caught my ear). However, I didn’t give the whole thing much thought – until I read this article today about Rumsfield’s recent “history lesson” speech. Reading excerpts from that speech, peppered with references to “a new kind of fascism,” I started to wonder if the administration really is doing an branding do-over on our enemy.

I imagine some young political strategist working in a small windowless office, pulling out his hair after being tasked with finding a way to turn the tide of America’s perception of the current “war on terror.” Slowly, he begins studying past conflicts and the support they received from the populous. Soon, he’s got a plan to re-cast the current “terrorist” enemies as “Islamofacist” enemies – a brilliant turn of the tongue which instantly evokes imagery of some of history’s most cruel, evil, and heartless regimes and leaders. Suddenly, we’re not just fighting a faceless verb, we’re fighting the scum-of-the-earth bloodlines of those universally-perceived devils of the past – none other than the prodigies of Mussolini and Hitler. By spinning the poorly-defined and impalpable “terrorist collective” as understudies to universally-loathed Fascist alliances from history, the administration can stir up long-dormant but pre-existing emotion and perhaps reinvogorate waning support. While fighting “terror” may seem endless and futile, fighting Islamofacism may seem like a shining example of America’s indomitable democratic spirit. All with a turn of a phrase; brilliant. Anyway, read the article – it does a better job than me.

And, before I go… will Lonelygirl15 be outed by botanists?

One Reply to “mostly politics”