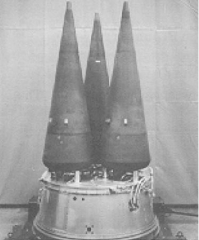 Sitting there, at that desk, I got an e-mail from a friend with no subject and no text – just a link. The link? A case study on Biointensive Agroecology on a Community Farm in California, USA. I took the lack of any explanatory text as a silent attempt to get me to realize my dream of a self-sustaining, off-grid, cooperative community with friends – goading me to drop out. One day maybe… but not today: I worked until 5pm and headed home to my mortgage. Two-paragraph intro; let’s do this thing.

Today’s political rant inspired by this article. (And I swear I wrote this before it hit the Digg frontpage.)

As time goes on, I find myself more and more willing to accept some Leftist theories and ideas which I used to relegate to paranoia and nutjob-conspiracy. The one thing I’m thinking about in particular is the current administration’s need for the occasional terrorist threat to clear the voting public’s mind of its many missteps and once again unite them through fear and misguided patriotism. Six months ago I would’ve refused to believe that news of foiled terrorist “plots” and elevated DHS threat levels were simply products the political machines. I had a hard time believing that these bits of news were purposely revealed for public consumption in times of sagging polls or increased anti-war or anti-administration sentiment. Lately, though, I’m not so sure.

I haven’t taken this to the next conspiracy-theorist level, where you’d begin wondering if the events or busts themselves are fabrications – but I am starting to wonder about the timing. The notion that the powers that be may sit on news, exaggerate the reality of a threat, or strategically time the swooping in of authorities, isn’t all that unbelievable for me anymore. Part of me is still hesitant to admit that, afraid I’ll be seen as increasingly gullible in what I believe, but another part of me feels like I’ve simply finally let go of idealism and accept what’s been plain to see for a while.

I’m sure lots of Democrats might say that the war is breaking the current administration, and the approval ratings would seem to back that up. However, if you take some time to look at the approval trends for wartime 2nd-term presidents, Bush’s declining numbers are pretty much on-track – the only real difference being his initial approval rating at the beginning of the 2nd term (the lowest of any 2nd-term wartime president). Despite the trending suggesting that the drop is expected, I think the overall frustration with the ongoing war is increasing. I’m still not quite sure how much import to assign to Lamont’s anti-war platform’s victory over Leiberman’s Republican-in-sheep’s-clothing one, but I do think at the most basic level it demonstrates the party’s position on the issue. On a larger scale, it reminds both parties that the war is going to be perhaps even more divisive than in the last election. Big revelation though, right? The left is against war, terrorism is going to be an election year issue; you don’t say.

Anyway, I’ve gotten off-track. What I meant to say with all this was that I’ve decided to not let the threat or fear of terrorism influence me much anymore. Terrorism is here to stay, it’ll be something I live with for the rest of my life, and something my children will also live with. But, living with terrorism doesn’t have to mean living in fear under the shadow if terrorism. We live with life and death duality all the time, but not all those “what ifs” dictate our political leanings. I’d no sooner vote for a candidate who promised to protect the nation against car accidents than I would the guy who promises less hurricanes. Fear of the unknown may motivate voters for a while, but it simply does not make for a sustainable platform – sooner or later what was once new and fear-inspiring becomes old as people adjust.

Fear-based politics just take time to be absorbed and ignored by the populous, especially when the impetus for the fear is by and large inescapable. Soon enough, people will “get used” to the threat of terrorism – this doesn’t mean they’ll be comfortable ignoring it or cease to take steps to defend against it, they just won’t jump as high when they see an Arab on a plane. Eventually the sensationalism of terrorism will give way to the simple reality that it’s not going away and you’re more likely to be killed by lightning than by a terrorist. When that happens, people will be less likely to act irrationally out of fear, and will likely stop casting votes in a futile attempt to “eliminate” it. Who knows, maybe they’ll even began to cast a doubtful eye at the timing of plot foilings and cell arrestings…

Common sense precautions are the new hotness, while heavy-handed presumptive offensives are old and busted.

To all my hawk friends – tomorrow will be less liberal, I promise. Goodnight.