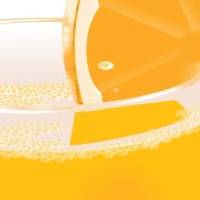 Tuesday night. Sharaun’s at the gym, I put told the iPod to shuffle up random songs from Sufjan’s canon – sounding very good to me right now. Keaton’s asleep, sometimes I lament her having to go down so early, as I only get a couple hours with her after work before she’s asleep. Oh, and thematic entries are over (it’s harder to do than it may seem), back to a collection of random paragraphs. Let’s dive in.

I don’t know how much of the limited “audience” reading this blog also frequents BiongBiong, but on the chance it’s new to at least a few I wanted to link to this excellent article (sorry, only available as PDF). What a great piece, with facts to back it up. Maybe we need to introduce the Homeland Security folks to the number-crunchers for the big insurance agencies.

A snippet I enjoyed from the article:

What we need is more pronouncements like the one in a recent book by Sen. John McCain (R-Ariz.): “Get on the damn elevator! Fly on the damn plane! Calculate the odds of being harmed by a terrorist! It’s still about as likely as being swept out to sea by a tidal wave. Suck it up, for crying out loud. You’re almost certainly going to be okay. And in the unlikely event you’re not, do you really want to spend your last days cowering behind plastic sheets and duct tape? That’s not a life worth living, is it?”

While the article linked above is less motivational and more grounded in fact than Senator McCain’s comment, the underlying message is similar: terrorism works because of fear, and that fear is (proveably) largely unfounded. Honest-talk like this from Washington would be welcomed. Maybe, though, assuaging the fear of terrorism isn’t done for a reason. On trial at Nuremberg for his wartime Nazi atrocities, Hermann Goering said (and I could’ve sworn I’d quoted this here before):

Of course the people don’t want war. Why would some poor slob on a farm want to risk his life in a war when the best that he can get out of it is to come back to his farm in one piece? Naturally, the common people don’t want war. But after all, it’s the leaders of the country who determine the policy, and it’s always a simple matter to drag the people along whether it’s a democracy, a fascist dictatorship, or a parliament, or a communist dictatorship.

Voice or no voice, the people can always be brought to the bidding of the leaders. That is easy. All you have to do is tell them they are being attacked, and denounce the pacifists for lack of patriotism, and exposing the country to greater danger.

I wonder if that’s on page one or two of the playbook? Indeed.

My folks come into town this weekend, which has got me all excited to show off Keaton. It’s a pride not unlike the pride I felt when bringing home an art project I made in 2nd grade. Holding up that bird made from dry macaroni and pasted onto construction paper and saying, “Hey mom, look what I did!” I keep telling Keaton that her grandparents are coming, but remain unconvinced she’s hearing me. As long as she continues to remain ridiculously cute through the weekend, I’ll be happy. I have this picture of her here at my desk, the new one I printed last week, and sometimes during the day I’ll just stare at it. It’s amazing how much you can love something. Sharaun likes to think about how she never really understood that her mom loved her that much, as much she loves Keaton now, she couldn’t understand it until she felt it.

I think the “plugs” they stuck in my eyes after Lasik have dissolved or something. They were intended to stem some of the dryness that’s the most complained about Lasik side effect by plugging up half of the eye’s “drainage” and leaving more tears intact. Over the past week, the mild dry eyes I was experiencing has changed for the worse and instead of occasional discomfort it’s more like occasional comfort. This sucks. I spent like $30 on freakin’ eyeball lube the other day, and I drop them in every few minutes it’s so bad. They help for a little bit, but I want more just minutes after. I hope this is some phase, maybe some final healing thing… because it’s more uncomfortable than the contacts I got the surgery to rid myself of.

Liz, don’t do it; you could end up in a loony bin unwilling to move, paralyzed with fear, because you believe you’re a glass of orange juice and don’t want to spill yourself. Goodnight.