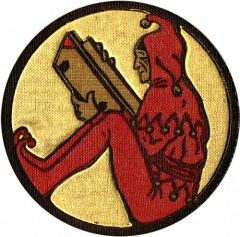 Summer’s here, and our social calendar is filling up appropriately. The weather here has taken a turn for the hot, as it always does ’bout this time of year. Air conditioning has to be one of humankind’s greatest achievements – right up there with flush toilets, beer, and the space shuttle. This entry started out as a “one liners” entry, but a few of them developed into more complete thoughts. So, here are some mostly one, and occasionally many more than one, liners for your enjoyment.

Saw a terrible car accident Thursday morning right in front of work. I arrived on the scene just after it’d happened and no rescue vehicles had yet arrived, but it was clear to me that the driver of one of the vehicles had either been badly injured or killed. Seeing something like that makes me immediately think of my family, and makes my stomach all queasy. Eerily enough, just as I eased through the intersection the song on the Sunset Rubdown LP said, “There are things that have to die, so other things can stay alive.” Creepy.
Why do you think humans, males in particular, get so excited over more exotic methods of cooking meat? You know what I mean? How males love a good pig-burying, or are willing to wake up at 5am to put a pork shoulder on the smoker. Must be some kind of distant connection we feel with our kill-to-survive ancestors.
I keep getting all these spam mails urging me to join a site called BlackSingles.com. Do I pull off blackness that convincingly?
Driving to work the other day and watching the sprinklers water public, or city-maintained, grass. Were you the pilfering type, you’d never have to buy a lawnmower-ruined sprinklerhead at home depot. Just head to the public park and fill your pockets.
I wonder a lot about, should there be a world-altering event that left only a few alive, what modern technologies and items I could recreate from my working understanding of them. Which of humankind’s greatest inventions and innovations do I have a good enough grasp on that I could actually re-invent or re-innovate them? Even with the help of other survivors, if the population was vastly depleted – I’m willing to bet that some technologies and items would be lost forever.
Remember when I talked about reading that article about how men get dumber as fathers, while women get smarter? I think this is based on the same research, but it’s a lot less negative to us dads.
My first Father’s Day was nice, not a lot of fanfare, but nice. In celebration, I uploaded week fifteen’s pictures to the ongoing set in Keaton’s gallery. Check them out and try not to smile to yourself at how dang cute she is.
I love my iPod, can’t hardly think how I used to get along without it. But, some things it does do piss me off: I found this photo-narrative of a trip into North Korea to be really interesting, maybe you will too.
Setup a TiVo season pass to record the recent VH1 documentary series, “The Drug Years.” Chronicling the history of drugs and their use in the US, the series is extremely interesting. After watching the segment on the cocaine heyday of the late ’70s, I told Sharaun how it almost made me want to run a couple bumps. Turns out that was a mistake, and I spent the next ten minutes explaining how I didn’t really want to try coke.

Drugs have always been enticing to me. Ever since my middle school years, when I adopted musicians three generations my senior as my idols, I became bound and determined to emulate them and try marijuana. Later in life, after I’d satisfied my curiosity and given up recreational toking, I became interested in the more academic aspects of drug use: How drugs have impacted human cultural and spiritual development, how they were used by people throughout history, etc. Reading about shamans using entheogens to experience spiritual nirvana, and the ability to experience concepts like “ego death” almost make me want go out and have my own psychedelic personality-melting experience.

You can do it, you know. There are several highly-potent natural and laboratory-synthesized psychedelic substances sold online by legitimate purveyors. You can hitup so-called “research chemical” shops and purchase any number of yet-to-be strictly controlled designer drugs. At your fingertips are powerful psychedelics like the multitude of phenethylamine variants or 5-meO-AMT/DMT. All of which, and much more, can shipped to your doorstep with nothing but a web browser and a credit card. If you’re not into synthetics, you can go with something natural that has a long history of human use by surfing on to any decent online headshop to purchase a vial of salvia extract or other entheogenic plant-derivative. Point is, there are a number of ways one could experiment with psychedelic mind-altering substances and stay within the law.

Well… the letter of the law, at least… if you don’t count that pesky Federal Analog Act. Actually, I better stop writing about this before I start placing orders and soliciting “sitters.”

Lotta content, if you skipped some – go back, it’s all gold. Goodnight.

One Reply to “major player in the cowboy scene”