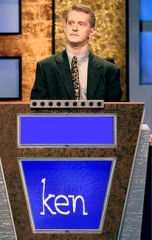 Tuesday night as I write; a day ahead on blogging this week because the whole “clothes to charity” bit came so easily and quickly. Sharaun’s cleaning the guest bathroom for our next visitor, a friend of hers and mine both who was actually my 1st “real” girlfriend, my first real kiss, and certainly the first girl I ever “did stuff” with. Yeah, I pretty much tagged-up all the bases, but never quite made it home… it’s OK though – we were young. It’ll be nice for Sharaun to have a friend come visit, and they’re even planning on leaving me on daddy-duty for an overnighter into San Francisco and the wine country this coming weekend. Me, Mr. Mom alone with Keaton for the first time. I’m excited, but will surely miss being able to hand her off to her mom, who has some kind of stop-crying magic about her.

Been working on and off over the past few weeks on material for a new “thing” I’m debuting: I’m taking the yearly “best of” post and adding a mid-year checkpoint, a best of “so far” type thing. I think this will help me be more accurate with my year-end list, and besides – I love ranking and writing about music I like. I’ll do the posts in June, trying to stay around the mid-year mark, and format them identical to my year-end roundups. Since I know so many people are hanging on my every recommendation, and no one skips right over my music entries, I’m sure you’re waiting patiently to see what albums you’ll be rushing out and buying. I sometimes surprise myself with just how much effort I put into making these little lists: writing 50+ word blurbs about each album, making sure each has a hyperlink to more information, and formatting them all to be nicely indented and accompanied by a mini album cover. Anyway, without further ado – here is my best of 2006.5:

I never thought of myself as one of the many Sufjan “fanboys” out there, but I must admit I do find myself admiring him more and more each time I hear a new song of his. Granted, there are several “weaker” numbers on this outing – particularly some of what the album’s press blurb refers to as “outlines, gesture drawings, … musical scribbles mumbled on a hand-held tape recorder.” A flute arpeggio with some dreamy flashback chimey stuff that runs for ~30sec is hardly a masterpiece, and I don’t think Sufjan is quite yet the class of musical enigma which warrants releasing his “What’s the New Mary Jane, takes 1-6” equivalent for posterity. Dang, that last sentence has so much literary and music-nerd potential… but I just can’t seem to execute it properly. If you fancy you can rewrite it better, comment me with your version, OK? Bottom line, there are some painfully gorgeous tunes on this album – and it would make the list for “The Henney Buggy Band” and the spruced-up “Adlai Stevenson” alone.

Yeah… so… everybody with broadband loved the Tapes ‘n Tapes in 2006, and I’m no exception. A very basic album, The Loon impresses a lot for being as stripped-down as it is. Some of this album reminds me of what I loved about Wolf Parade’s “Apologies to the Queen Mary” last year: nonsensical lyrics, shuffling washboard tempos, and a bounty of energy and snarl. I hear Pavement in there, even the Arcade Fire… and I guess that’s not entirely a bad thing, especially if you can pull of all those analogies and still be more than just the same-old hero-worship. So, number six it is.

The solo effort kept a secret until just before its planned release, Yorke’s Radioheadless foray into melodic-electronic took the music blogosphere by surprise. Then, it leaked over a month in advance, and the web collective had dissected and discussed the album to death before the law-abiding, CD-buying public ever even got to hear it for the first time. For me, I had to get it – couldn’t wait. I must say, I was leery from the moment I heard about the album. Could Thom’s genius shine as well without the group effort? In short: yes. Thom’s lyrical prowess and knack for eerie melody make a fine showing here; although I will admit the album is a little too ProTooled for me, and it drags a bit through the chewy center – it’s still a damn fine effort with some classic tunes. And for that, it falls in at number 5 on my list.

Every summer deserves a summery album. Like a sweet, dripping ice-cream cone, “It’s Never Been Like That” plops perfect little circles of melted goodness all over your favorite Hawaiian shirt. Each track a self-sufficient pop gem, bouncy and singalong, with just enough rock sensibility and “rawness” to save it from being pure bubblegum indulgence. This album is 2006’s 95° summer-drive-with-the-windows down blarer; put it on and watch the sun move across the sky, maybe toss the frisbee with the hand not holding your beer while you wait for the meat to come off the grill. Oh, and chicks’ll dig the thing too… makes a great poolside swimsuit soundtrack.

3. The Islands – Return to the Sea

When I first heard the Unicorns album “Who Will Cut Our Hair When We’re Gone?,” I fell in love with it almost instantly. I was bummed, but not entirely surprised, when they announced their breakout shortly after the album’s internet buzz carried them to underground stardom. After all, I’d seen them on stage and they were young and insane with very distinct personalities – I could tell just watching them that they were a bubbling pool of varied talents… and sometimes that just doesn’t work out. But, when I heard that the two “creative” members of the group had formed a new band and released an album under the name The Islands, I was excited. Turns out, this album is only just shy of “Who Will Cut Our Hair…” awesome – and that’s pretty damn awesome. The songs are longer than what they did as the Unicorns, and a little more cohesive with less randomness. “Swans,” in particular, is a good example of why I consider this to be one of the best albums of half-2006.

2. Built to Spill – You In Reverse

I first heard of Built to Spill in my first year at “real” college. Back when CMJ was a funny-shaped little magazine that came monthly with a free CD and didn’t yet cover hip-hop or rap, they recommended BTS’s “Perfect From Now On” “if you liked Pavement’s ‘Wowee Zowee.'” I did indeed like Pavement’s “Wowee Zowee,” a whole heck of a lot. So I ran up to the CD Warehouse and picked up a copy. I liked three songs. Turns out, later on down the line that album would end up being one of my favorites – it just needed some time to grow on me. Now, BTS are back, and they sound outstanding. Write more here. (Yes that last sentence was a placeholder for more hyperbole, but when I eventually came back to it I thought it had comedic value all by itself, so this review is over.)

This album is so badass… it’s like a flying brick of solid rock and roll, aimed straight at your pearly whites – ready to smash them out in a fit of guitar-induced hysterical rage. You can’t help pump your hand in a clenched-fist salute to these driving basslines, neck and head at the ready to snap into hair-tossing action upon the tidal wave of guitars. It’s Sabbath reborn, it’s a Deep Purple-esque Hammond B-3 churning out macabre-sounding minor key hooks over a deafening crunch of guitar and high-pitch male vocals. Put this album on and try not to punch things, I dare you. This album will actually make your cock thicker. So filled with awesome you’ll choke on your own enthusiastic screams of “Yeah motherfucker!!” as the solo rages during “Pyramid.” People… this album… it has a flute solo… c’mon!!

Well, that’s it for tonight… no small effort mind you, but I’m sure not as worth the trouble as I might think.