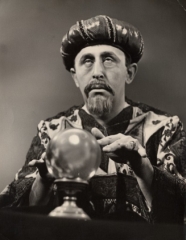 Thursday night mofos! Tomorrow I’m attempting to head out of work a bit early to head for the hills and begin our two-day camping trip. Keaton’s 1st multiple-day outdoor experience, I’m pumped. Sitting here watching the TiVo’d finale of the National Spelling Bee, which I’ve been hooked on ever since the year I caught the possessed Rebecca Sealfon on take the crown on ESPN. Now it’s moved to prime-time on ABC and it’s all glitz and glamour, and I love it to death.

Things are work right now are so “maybe, maybe not” that I find my strictly logical mind floundering amidst all the ambiguity. I’m OK at making contingency plans, any good engineer knows that’s key – but making a multi-headed hydra of contingencies and outcomes, each relying on each other to form some twisted, writhing, tangled knot of possibilities is something I don’t enjoy doing. When each action relies on three other actions which all may or may not happen, each with their own “likelihood probability”, my brain immediately tells me, “This is stupid! Something bigger is wrong here if you have to ‘plan’ like this! Stop now and go back to stone-one, figure out where the grand eff-up was and fix it.” Thing is, I think my brain is right. If your “plans” start to sound like the horoscopes in a women’s magazine, where you can interpret them however you want and they say nothing of substance, you’ve got more fundamental problems than just too many variables. In that case the basis of your plans, or your planners, or maybe even your motivations and goals are faulty.

The 411 on your project today…
Embrace the program you’re working on, honesty sparks even more happiness. You’ll have to guard against saying too much today, especially if you get into a conflict with a friend, your guy, or someone you have to work with one-on-one. Avoid the urge to be like Donald Trump. Swallow any tendencies toward pomposity or ambition. Instead, sit around eating ice cream and talking to your friends, invent a new project – or write poetry. This program is full of turbo-charged energy and sweetness, so just ignore any trash-talk you may hear in homeroom. Relax! Remain open to the possibility that a combination of self-sufficiency and outside assistance could work for you.

It’s been far too long since I reviewed some of the better search engine phrases that’ve led folks to this blog. Let’s check some out and try to respond to them where appropriate, shall we?

Before I go, chew on this: I took the 4,000 spams screenshot on yesterday’s blog at 8:30am on May 31st (according to the file creation time). At that time Akismet had trapped 35,471 comment spams during the time it’d been installed on my blog. Tonight, at 9:12pm on June 1st, a mere ~36hrs later, Akismet has blocked a total of 42,373 comment spams. That means that over span of not even two days, my site was hit with 7,000 spams. At this pace, it’s looking like the 5,000 spams a day record might be less of a “high water mark” and more of the new normal. Praise to Akismet for blocking all but one or two pieces which I’ve had to manually filter.

Goodnight and good-weekend to you, biatches.