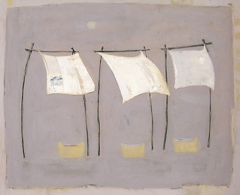 Beeeeerrrrppp Pfestttivaaal!!! Tlonighjt my went ot the beer ffestiveal in Germany!!! Oh people, I had such a grea time in the beer festivea;. IUt really was aewesome to tbe bone. Yoiu gon’e take to me about nthe beer festiveal, becauese it was something so good.. that ytou woudl have to be their to be able to talk to me abiut it. Right’ now i’ts in the AM time in Gernamay and I just got balc from the festivitues. Pat and i dtanlk a lot of enbeers and had a realy,. tood time. Now i”ve somc home to the hotel and I am ready to go to ebd… but I wanted to post a Dridat enry before I did. So, here is what I wil post – some was weritten before the beer festival, some was bwtiiten after the berr fersive. Enogu.

Since I like to be honest with those of you who donate precious minutes of your time reading this page, I’ll tell you straight-off that this is only Friday’s entry because of WordPress’s ability to schedule entries. I actually just pressed “publish” on Thursday’s entry – which won’t go live until 2pm PST on US Thursday, and immediately began drafting this entry for a midnight Friday auto-post. Not a bad way to blog an entire week in a condensed way. I’m sitting now in Pat’s hotel room (I don’t like to link Pat’s name to his site, ’cause it has my last name on it and I strive to keep that off the web – hey Pat, fix that), which is infinitely bigger than mine, listening to some Built to Spill on the iPod and contemplating taking a dump here instead of going to my own accommodations – his room has a bidet. It’s still Thursday morning in Germany as I write, and my belly is still pretty full from breakfast. We plan to head down the cobblestone street for a lunch outdoors, accompanied, of course, by some beer – y’know, to prep us for the 3pm customer meeting… get our minds nice and limber and whatnot.

Tomorrow we leave, but not until something like 4pm, which puts us in San Francisco around 6pm – a mere two hours later. Since we have most of the day free, we’re planning to stop over for a tour of Dachau, which I’m sure will be a sobering experience.

If you couldnt/ tell, those tw apragraphs were rtinne berfore the beer frestival – and this paragraph and the opener were wtrittn after the beer festival. The beer feasstialv was sooo awesome. Pat and I had soe much berr, that we ceased to know how mhch eer we actualle had – and ckept treindking beer depstitea out ob vious frunkeness. I want you to know that this entry was a bithc to sprrell-chjeck cbaezues I prupsoely left the drunbken fat-finerge erros intact for comedic reason.s I trulyu hope ytou enjoyed my writings from ermane. It’s like 1ma here nand Pat just called me from his hotel room (rone foloor benath me) to tel me he was “fdrunk.” CNo craop Pat, we’re both frunk…. we were, after all, at the same beer fieagvl. Until the USA poeople, I love you … please forive me.

Thhis is no koek… I really am stpyting this wayu b ecuae os the b eer. The beer has done nast y thing to my coordingaton… my finger are not doing waht my brain is telling themt o di… althog I will akdmote that I’;m playing it uup (jsut a little) fo rth e skae of th bolg.

O(MFG this new Sufjan dong is carrygin me through Germanbu… one sogn can make an entire trip… this song is sooo good.

I love tou all and I miss you alll… going to bed now.. Dave is… ooooooooooooooooty.