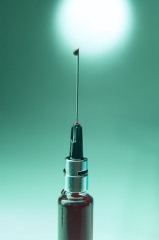 Y’know, were I in the US and staying in this hotel room, I’d likely be complaining about it. It’s small, cramped, and very European-feeling to me. A tiny cot-like single bed, a shower like a vertical glass coffin, and nowhere to set down my bathroom kit aside from the toilet with the lid down. To be fair though, it’s got all mod cons – and I don’t really need much more than a small cot-like bed, or a shower that can accommodate me. So, rather than complain about it, I’ll instead dub it “quaint” and say it’s “practical.” It does suck though, that you’re allowed to smoke in the rooms – as the person next to me tends to fire up around 6am each morning, filling my room with the stuff. I actually didn’t think I was going to be able to post today, but, as it turns out, Pat and I got a reprieve from going to the customer this morning – only being required attendees after 3pm. That gave me back my morning, and is the reason you’re reading this now.

Sharaun’s making a solo trip to the baby-doctor with Keaton tomorrow, time for her two-month set of shots. I’m pretty bummed that I won’t be along with her for it, and I know she wishes I could be there too. Poor little Keaton, having to get pricked. Monday, as we were walking around Munich city center, my eyes couldn’t help but wander onto the babies being pushed around in prams – wearing little pink outfits enjoying the German sun in the shade of the Glockenspiel. Made me miss that little girl of mine – and I guess it’ll only get worse as she gets older. The next few weeks are pretty full as well, mostly one and two day travel, short jaunts within the confines of the great nation of America – but time away from home all the same. Pat and I will travel again to North Carolina and Oregon in a couple weeks, and I’ll be trekking over to the bay only three days after returning from Germany. But then it’s over, no more travel for a while – one hopes, at least.

Got the final tally for my CDs from the trade-in shop today: $1185. Forty-two of the discs were deemed “unacceptable” due to scratches (less than 10% of the batch), which I pretty much expected – they were likely ones that Sharaun had borrowed, she’s like a CD shredding machine. I actually expected more, but accounting for the bum discs I feel I made out OK. I still plan on putting the money towards Lasik – which I expect I’ll start shopping around for once I return to the States. I’ve heard about some “next gen” version of the surgery – but have also heard from those with experience that it comes with “next gen” prices – so we’ll see. Despite not having written about it in a while, my excitement at the prospect hasn’t waned – I’m still completely up for the whole thing. Just think, no more worries about not being able to see when I finally do get stranded on the desert island I keep talking about.

Seems like I made Thursday, now if I post Friday I may impress even myself. Until later, peace be with you, blog-people. Dave out.