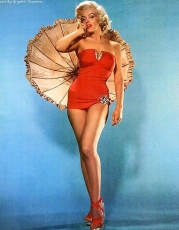 First off, I finally added some new pictures to Keaton’s gallery. Now onto the junk.

I walked out of work today to the kind crisp air that follows an afternoon of rain, that clean smell was on the wind – like everything had a good rinsing, and I could see my breath against the grey clouds. I plugged in the iPod and queued up the new Tapes ‘n Tapes album I’d “got” the day before. It’s no news to those who follow the indie buzz that the Tapes ‘n Tapes are the music blogs’ darlings this month, stealing at least some of the Arctic Monkeys arguably-underdeserved hype. Tonight’s our first night where we won’t make up tomorrow and have new or pre-existing guests in the house, our first night where, tomorrow, it’s us and the baby for the foreseeable future; bona-fide parents.

Work is hectic… frantic even. I’m speeding along trying to juggle things as best I can, trying to tie off all the loose ends. There are really three main states of “stuff to do” that I deal with at work, in order of painfulness:

When I got back from baby-vacation, I surveyed my task-landscape and took stock – my situation falling into the first class of “stuff to do” above. When I’m in this situation, things just flapping around with no closure in sight – that’s when I start freaking out. I feel out of control, aimless, at a loss and overwhelmed. I hate being in this situation. So, I start working. And that brings us to the present.

As of now, I’m somewhere in between the 1st two with my current “to do” list. The work I’m currently scrambling to do is merely plans for doing the actual work I have to do. As wrong, or backwards, as that may sound – I’ve learned it’s actually essential. For me, it’s easier to make a first-pass at the list, identifying paths to closure for everything and then acting on those paths in parallel, rather than taking them one item at a time serially. I think lots of people would begin attacking things one-by-one, closing each out in turn and moving to the next. I, however, like to take tasks like this and move them to my second stress-class: a pile of things to do with clear plans on how I’ll get each one done. Once I get there, I feel much better. Not only does it make me feel better, I actually believe it makes me work better. It’s like the Chinese acrobats who set plates spinning atop sticks: they run from stick to stick and get each plate spinning, then step back and watch for the first plates to being to slow and give them a second spin as they do. For me, it’s easier to manage several things at once, as long as the effort was put in up front to get them pointed in the right direction initially. I guess multitasking is just part of the modern workplace.

To close, some crumbs of stories:

I got my free iPod from freeipods.com the other day, or got Sharaun’s free iPod – since I’m now able to return the favor she did me a while back. In some respects, I can’t believe it actually came. And, they send a nifty t-shirt and mousepad to boot.

In other iPod news, although it’s been around for a while – I recently personally discovered the great iPod software SharePod. A 300k executable that you put on, and run from, your iPod. Once run, you have direct access to all music on the iPod, and can do everything you can with iTunes, and more: add songs to your library, delete songs from your library, play songs, and the most important – copy songs from your iPod to a PC (something iTunes doesn’t support). And, since ephpod hoses 5G ‘pods, this little piece of software is brilliant for getting your music back off your iPod. But, the real beauty of the app is the fact that it runs on the iPod, meaning you can plug your iPod into anyone’s computer and take/give music with ease – all without said person having to have any software installed on their end. Brilliant, just brilliant.

The Daily Show does Bush vs. Bush:

Also, I wanted to thank the fine folks over at Cheetah for sending me a free registration code for their great Cheetah DVD Burner software. Their policy is to send registration codes for links to their software, or kind reviews on download sites. So, in an attempt to round out my Cheetah line, I’m now linking to their CD burning app – which, in trial form, appears to be equally as awesome (and free!) as the DVD app. If you’re looking for slick, guilt-free alternatives to whatever app you’re currently pirating – check out the peeps at Cheetah for some awesome non-soul-damning software.

Goodnight folks, I loves ya.

2 Replies to “smarter, not harder”