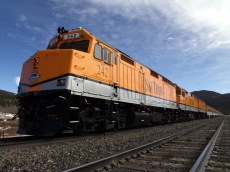 Evening folks, sorry for the lack of posting yesterday – spent most of my evening hunched over my desktop PC, willing my precious ones and zeroes off a limping RAID array. My pictures, music, taxes, finances… all of it – seems hopelessly lost forever. I’m not beaten yet, but each and every attempt thus far has been met with total failure. I got to the point where I can actually see my files again, and am able to copy them… but they are all completely corrupt. I’m currently trying a last-ditch effort with some $800 professional data recovery software that I happened to find, discarded in the bushes outside my house; I call it serendipity, you call it what you want. An eclectic entry fitting the old-blog mold today, enjoy.

Either someone signed me up as a joke, or the Republican National Committee found out I’m a registered bleeding-heart and somehow acquired my e-mail address (please write your own Patriot Act wiretapping joke and place it after this sentence). Either way, I’ve been getting hilarious mails from the GOP for a couple weeks now, and I just had to share some of this classic verbiage. First, it was this internet ad called “Find the Leader,” where we go through a litany of potential dem leaders. If you’re interested, you can watch it here, or read the text here. Next, it was this gem:

This week, liberal Democrat Russ Feingold called on the Senate to censure the President for a program that is successfully stopping terrorists. After months of searching, Democrat leaders are finally beginning to find their agenda: take away the tools America needs to fight terror. In the last 24 hours, fringe groups like MoveOn.org and Democrat leaders from John Kerry to Harry Reid to Dick Durbin have rallied to Feingold’s side, praising his grandstanding as a “catalyst” for the investigation of the President.

Oh man, I love it. Not that I’m pro-censure, which, for the record, I think is a retarded waste of time, but I just love the alarmist vibe of the whole thing. As an American who breathes air and prays to Jesus, I should be up in arms over the Democrats’ new terrorist-loving motives. And, if I’m not feeling guilty yet for allying myself with the crazy liberals:

Weakening our national security is their agenda. Is it yours?

Well, hell no it’s not! Somebody give me a hamburger, rare as fuck, with a side of ranch dressing and a big slice of apple pie to finish it off while I watch fireworks. I’m American, not Democrat, dammit!

… a lone Senator wants our government to look the other way when an Al Qaeda terrorist contacts a sleeper cell inside the United States. Democrat leaders never miss an opportunity to put politics before our nation’s security.

Oh dear Lord, I can’t believe this is true! I don’t want this “Al Queda terrorist” they speak of to contact the “sleeper cell” they speak of that’s apparently in the United States already!! All this and the democratic party doesn’t even care. Where do I sign up? Some internet searching give some insight on the source of the mails:

The Republican National Committee today unveiled a new web ad entitled “Find the Leader,” highlighting the lack of leadership in the Democrat Party. “Find The Leader” will be emailed to Republican grassroots supporters and shown this evening at the Southern Republican Leadership Conference in Memphis, Tennessee.

“Republican grassroots supporters?” That’s me to a tee!

Lastly, some darker humor. Logging into CNN Monday morning, I was met with this headline: “Miss Deaf Texas struck by train, killed” I know, I know… I shouldn’t laugh – it’s terribly un-funny… buuuut… I mean, if the headline weren’t enough, “… the train sounded its horn right up until the accident occurred.” Yes; I bet he did. Don’t laugh with me, laugh at my sick sense of humor. My condolences to Miss Deaf Texas’s family.

Lastly, I wanted to share this mail I got yesterday from a visitor to my Pac Man pages. I found it completely hilarious, especially the mid-sentence switch from all lowercase to all caps:

i use to play pac-man in the 80’s and now i have a 10 tr. old and i can get to the chase but he want TO KNOW WHAT HAPPENS AFTER THAT. HOW MANY TIMES DO YOU HAVE TO EAT THE SCREEN TO GO ON OR IS THAT IT. HELP US W/AN ANSWER PLEASE. WEATHERFORD TEXAS THANKS