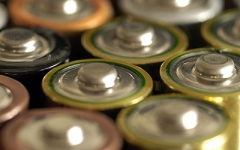 Ohhh man… I feel so lazy, so relaxed – it’s great. This morning, I woke around 7am as Sharaun prepared to feed the baby, and decided to get an early start on the day. Took a shower, threw some baby powder on the boys, and put on a comfy t-shirt, shorts, and my fur-lined slippers. Ready to attack the day, I strolled out into the living room where my mom had already made coffee and was doing e-mail on her laptop (seems parents can learn from kids, after all). My plan consisted of holding the baby, watching some TV, maybe grazing on some snacks – I was wide open. Took some time to upgrade the web-app I use for Keaton’s gallery, although the changes aren’t really noticeable. Speaking of Keaton’s gallery, I plan on updating it a little later today – if all goes according to plan. I’m really not sure though, with the demands of my current schedule and all, things could easily get pushed aside for some time-critical task… like a nap, perhaps.

Keaton’s been good: sleeps well, eats well, etc. (I say “etc.” as if to imply she does more than just sleep and eat, but, really, that’s the sum total of her doings – aside from the occasional waste-expulsion). She’s got a moderate case of the jaundice – so she’s fairly yellow. I keep telling her she’s not trying hard enough to be the right color (maybe she should convert to Mormonism so her “white pureness” can be restored), but she’s not listening to me. The hospital folks told us that her levels were low, and so the yellowness would fade with time – and she’s got a regular doctor-type checkup tomorrow anyway, so hopefully they’ll say she’s progressing well. I don’t mind her being yellow, I am a California parent, after all, and she has the right to choose whatever color she most prefers – it’s her prerogative after all.

She sleeps between eating, so our nights haven’t been bad at all (knock on wood), but they say that extra sleepiness is a side-effect of her yellow-tintedness – so that could be changing as she starts processing her bilirubins (I just love that name, so ridiculous). Sharaun’s feeding her roughly every 3hrs – since the 2hr schedule she’d prefer is wreaking havoc on her nipples. I know, folks, these entries may get a little more “colorful,” read: clinical, than normal – with references to things like nipples and whatnot. I apologize in advance to those with weak constitutions who can’t handle that kinda action – perhaps you should avert your eyes should you not wish to taint your virginal worldview. Anyway: nipples, cooter, butt. There, I feel much better now.

One thing I did want to write about, for whatever reason, is the sudden 200% increase in this household’s need for batteries. Batteries were never a commodity for us, we have virtually nothing that runs on them – and we used primarily rechargeables in what did. Seems like babies change all that though. I think it’s some federal mandate that any kind of baby-related accessory must require at least one D-cell battery – regardless of it’s need for power – it must have a batteries. Her swing wants batteries, her carseat mirror wants batteries, her “bouncer” wants batteries, as does her “playtime” thing, and even her bassinet. Her bassinet… needs batteries; oh, and not just like a single triple-A or something – the dang thing takes four AAs and two Ds. What the crap does a bassinet need 9 volts for? I swear, if her stroller manual tells me it needs a Die Hard and two quarts of Quaker State, I’m calling “scam.”

Well folks, as disjointed and ugly as it is – it’s an entry. Until next week, take care.

2 Replies to “my baby is yellow”