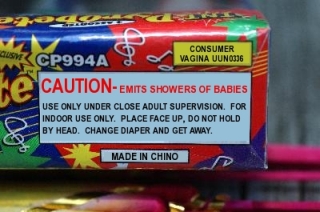 Another day down at work, and a long one looming tomorrow. In at 5:30am for a meeting with folks in Germany, out after a dinner with some other managers after 5pm. Not looking forward to waking up at the butt-crack to banter with Hans and Franz – the Germans are notoriously rough on us engineers, they have impeccable standards and know how to ask pointed questions.

The other night I happened across David Blaine’s Street Magic special on TLC. I remember the first time I saw it years ago, and all the love of magic that over-the-top “illusionists” like David Copperfield had sucked from me over the years with their cheesy music and light shows came flooding back to me. Seeing real people react to close-up magic is so much more engaging than seeing Mr. Copperfield walk through the Great Wall of China from 15 different soft-focused camera angles. I swear I chuckle with glee when I see him pull off the more amazing of his non-trick-deck sleights. Anyone can use a stripper, svengali, or rough/smooth deck… but even with the assistance of trick decks he’s got a charisma that makes even the most hackneyed tricks feel fresh. It’s the personal, close-up, stuff that’s the best, even the Balducci levitation played up throughout the entire show pales in comparison to the nickel-filled coffee cup anyway. Altho, when he does it for the cluster of hearing-impaired kids, I swear I tear up at the happiness on their faces.

Remember my beard? I shaved it one night last week. My beard is gone.
My mom and Sharaun’s mom both sent packages in the mail for Lil’ Chino. I thought it was funny that they both used the notes accompanying these pre-birth packages to attempt to establish their “grandmother names.” My mom stuck her claim on “Grammy,” while Sharaun’s mom opted for “Gami.”
Dropped my iPod for the first time today, seems to be OK… but it gave me a scare seeing how utterly dependant I’ve become on its awesomeness.
I always knew I wasn’t attractive enough to pull the kind of game I consistently do.
Tuesday night and that means baby-class at l’hopital. Tonight they gave all the preggers little stress balls to squish in their hands while they worked through the fake contractions and associated breathing. I lost it when the instructor kept gently intoning: “Now… keep squeezing your balls,” and, “Continue to squeeze your balls, in and out.” There’s a lot of unintentional humor in the class.
The other night I spilled super-glue on the cat. I had to cut out a huge chunk of her fur because I was worried she’d lick it, ingest it, and die. Now she has chunky bald-spots on her front shoulder.
Added some new pictures of the nursery progress, almost done now.

OK, seriously… what is up with this ginormous buzz surrounding the Arctic Monkeys’ debut record? I have the album, and I am, thus far, underwhelmed. There are some catchy hooks… but I don’t see what’s supposed to be so amazing about it. However, I have decided to give it a few more open-eared spins just to check my (mostly) infallible instant sense of good vs. bad.