Back at ya with another blog. How’s shit? Good? Nice to hear, me too. I started keeping a text file on my desktop, called “blog_ideas.txt,” where I can scribble down things that I think might be interesting or funny to put on the blog.

Somehow, I got to thinking about Legos the other day. Legos were the ubiquitous toy when I was a kid, my brother and I had piles of ’em. We had the normal primary-color ones, mixed with the Lunar Moonbase grey and black ones, mixed with the brown Pirate Ship ones. All kids had Legos, kids whom God had forsaken had Duplos, and some who had been double cursed had those damn generic ones that didn’t fit Legos or Duplos. These kids had to play with their generic “interconnecting block toys” all alone in the corner, building things like “walls” and “floors” with their flea-market-grade junk. Duplos were to Legos as Go Bots were to Transformers. Funnily enough, in doing a search for Duplos – I found out that Lego actually makes them. I wonder if it’s always been that way?

Anyway, my brother and I used to have these competitions where the idea was to build the ultimate indestructible Lego vehicle. In the beginning, the designs were simple car-like vehicles. As the contest progressed, our vehicle engineering processes changed – and the designs slowly evolved into something like Lego-bricks with wheels. As a rule, you had to leave a hollow spot in the center for a driver. Other than that, we’d build these three-deep Lego squares, making sure to never align the block seams. We’d stand on the dang things to make sure the blocks were ready to withstand their impending beating. Once our cubes-on-wheels were finished, we’d roll them at each other across the kitchen floor, where they would collide head-on somewhere in the middle. Whoever’s vehicle could withstand the most beatings won. If it got boring, we’d simply drop them directly on the ground from increasing heights until they gave way, or maybe throw them into a wall. Man, Legos were awesome.

I’ve really been into the Shins latest album lately. It’s got such a 60’s feel to it, with some tracks sounding almost like some crazy Forever Changes era Love and Odessey & Oracle era Zombies mix. Basically, it’s a really great album. Winamp at work has been stuck on repeat with a tracklist consisting of that Shins album, and the new Snow Patrol. Both albums have really grown on me of late. If you get the chance, check ’em both out.

Here’s a list of all the “last meals” Texas’ death row inmates have requested before their executions. Fried Chicken seems to be extremely popular, and there are some surprises in there too – like the guy who wanted “1 bag of assorted Jolly Ranchers.” What a strange thing to keep a running record of on the internet.

OK, I can delete “indestructible Lego cars” and “death row meals” from the “blog_ideas.txt” file. That leaves “binary log, physical layer” and “movie computers.” Yeah, you’ll just have to wait and see… 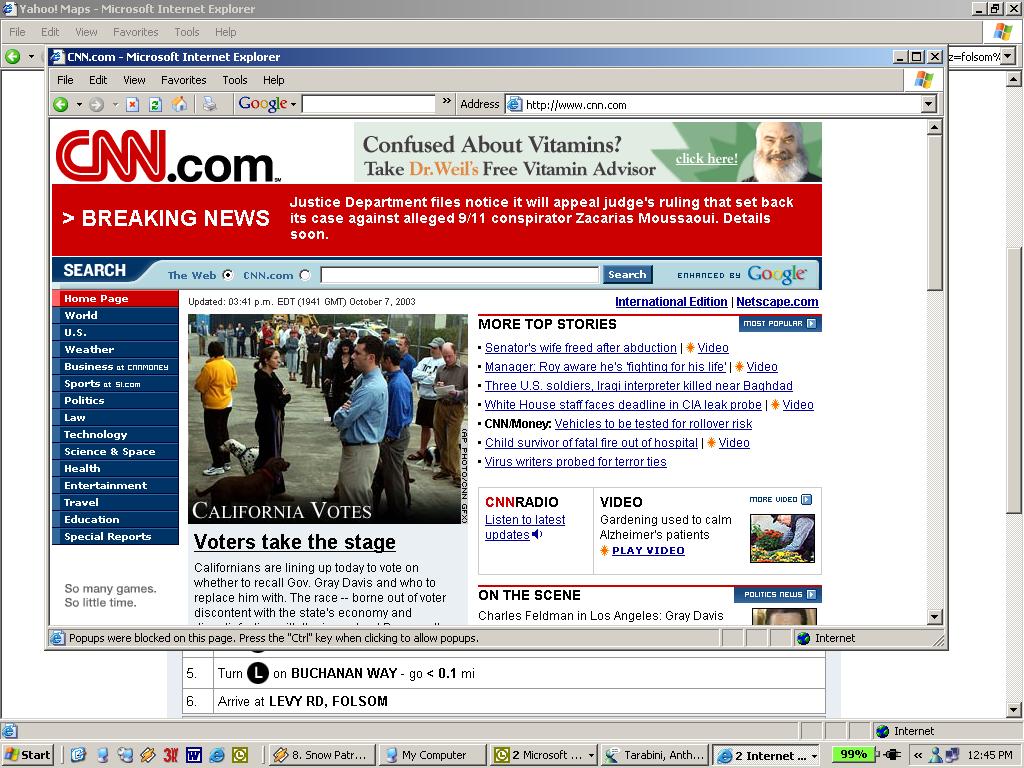 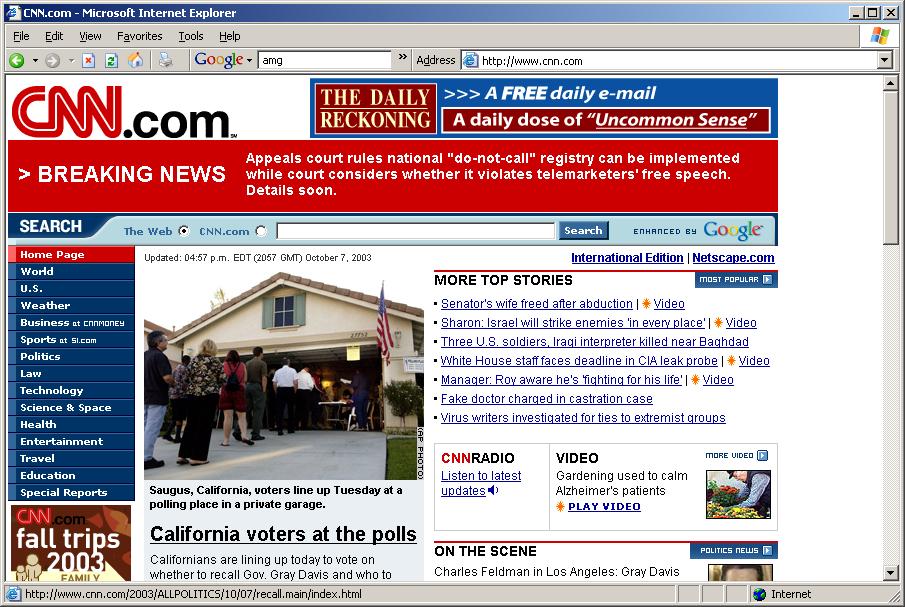